Overwhelmed: When A Friend Dies Young 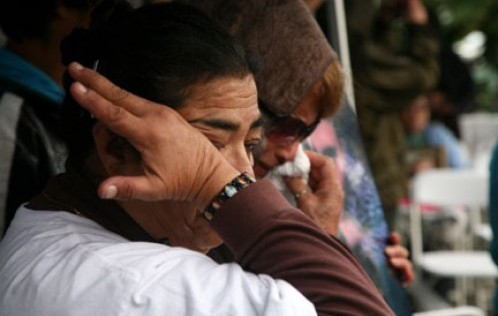 There are many things that we fear in this modern age of ours, but none more than the loss of youth. Our celebrities never age, skin creams ward off the signs of ageing, television clothes shows help us dress 10 years younger. And yet this week I was confronted with a stark loss of youth. A beautiful young woman, a new mother, not even 40, was taken by cancer.

When death visits the young, we have many clichés to express grief: a life snatched away, the loss of potential, the unfairness of life. But she wasn’t a cliché, she was a person.

I can’t trace the exact time I met her. She was one of those people I have always known, a beautiful, charming and effervescent individual. I see her in my memories smiling, working on community projects, excelling in her profession.

They found the cancer while she was expecting her first child.

After hearing the news of her death, I spent the day overwhelmed by the intensity and volatility of conflicting emotions. First, there was an almost frantic hysteria to get as much done as quickly as I could. Then, I felt abandonment. Nothing was important, nothing needed to be done. I felt numb. Then, I surrendered to the sheer sadness and wept, kept on weeping.

I even felt guilt, at the depth of my melancholy, feelings that I felt should be reserved for her close ones. I can’t claim sadness, sympathy or trauma for myself. That is the right of her immediate family.

I wonder why this death has affected me so deeply. I think about the cycle of life being broken, a daughter passing before the mother, a baby being left without a parent. Is it sentimentality?

I gaze at my daughter, an innocent and entirely helpless creature, not yet a year old and only slightly younger than the woman’s own little girl. Do I fear for my own precarious situation?

We imagine families with two parents, and bouncing children. It is easy to be lost in that fairy tale, immersed in a utopia where death follows old age. It’s frightening when reality is not so Disneyesque.

Such an out-of-the-ordinary event makes us stop and reflect. But the surprise is that this is not as extraordinary as we might think: the risk of a woman contracting breast cancer is one in eight. And cancer among the young is not so unusual, as campaigns such as Breast Cancer Awareness month in October try to highlight.

The loss of youth is not just about cancer. Add to this other illnesses, accidents, violent crime and in some places even famine and war, and suddenly our refusal to face up to death in youth becomes stark. In the developed world we pretend we are immune from early death, that it only happens elsewhere.

The loss of one person changes the course of an entire family. Watching the news I am confronted with reports of thousands of people – individuals – killed in natural disasters and man-made conflicts. We rarely talk of the fact that the deaths of thousands of individuals actually mean thousands of families whose futures have been radically altered, often destroyed.

I attended my friend’s funeral, an occasion filled with a community’s sadness and love, bearing a communal loss. What we don’t see, and what fills me with even greater sadness, is the grief of families in their own homes, once the last mourner has gone. All we can offer at a distance is prayer, and hope for their hearts to be healed.