Oman: The Trouble With Male/Female Friendship 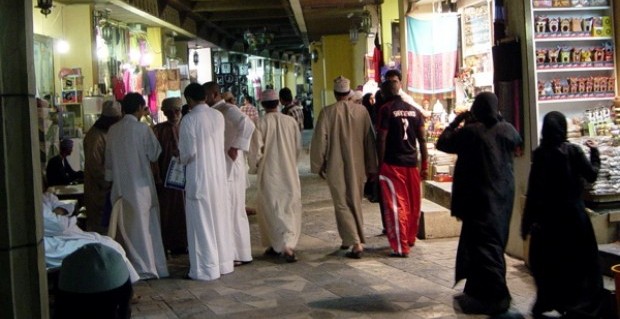 I’ve been thinking a lot lately about friendship. Society here in Dhofar is still very conservative. Men & women still don’t mix. Friendship itself with people from ‘outside the tribe’ is also a relatively new concept, even if it’s men with men and women with women. I’m not talking about the guys you hang out with at the hookah (shisha) cafes or the girls you glue yourself to in college. I’m not talking about your sisters. Or your mothers.

Sadly, many of us have never been able to experience that kind of friendship. Last week a colleague of mine came to my office here in Salalah at the end of the workday for something and he was clearly upset about something.

I don’t know him too well, so I helped him with whatever he was doing but towards the end of his visit, I told myself “to hell with customs & traditions” and decided to ask him if he was ok. He said ‘fine, fine’ without looking me in the eye. I’ve studied NLP, so I used my magic techniques to get him to talk.

I told him he looked upset and even though we don’t know each other too well, we’re all humans and as a fellow human, it upset me to see him like that. You have to understand that in Dhofar, it’s highly inappropriate for a female to ask a male those kinds of questions. Naturally, I don’t give a damn how inappropriate it is.

After about 5 seconds, he made eye contact. Tears had gathered in the corners of his eyes and he started to tell me about the problem. It was a very personal family problem that was weighing heavily on his heart, but he wasn’t able to tell anyone about it because people ‘talk’.

He said he realized he had no friends to confide in and no one he could talk to normally. He told me that men in Dhofar don’t discuss personal problems with each other no matter how close they are. It’s considered ‘un-manly’.

He called it ‘The layers and layers of prestige & protocol’. After about 20 minutes, he’d let it all out and he leaned back in my guest chair and closed his eyes, then he thanked me for just listening and not judging him. I felt like crying myself but managed to remain calm and collected. I was humbled. How horrible it must be to not have someone to talk to. Bottling it all up inside must feel like crap.

Interestingly enough, we spent the next half hour or so discussing whether true friendship can exist between men & women in Dhofar. I think it can. He thinks it can’t. I told him I didn’t think God had created a world of men & women only to have them live in two parallel universes, as is the case in Dhofar. Humans need humans. Relegating men to the role of husband only would leave me mighty lonely.

After having several very good platonic relationships, I feel qualified to say men and women can be friends. Very good friends. The problem is that there aren’t many role models for these kinds of relationships (ESPECIALLY IN OMAN), so at times it’s hard to navigate. Trust me, though, it’s possible.

This post may not make sense to many of you out there, but I’m sure at least a few of you will understand what I’m talking about. So, tell me, do you have a good friend of the opposite sex? If no, then why? If yes, how do you maintain the friendship and do you feel any kind of pressure?