Of Pockets Picked and Broken Legs: My Neighbour’s Beliefs 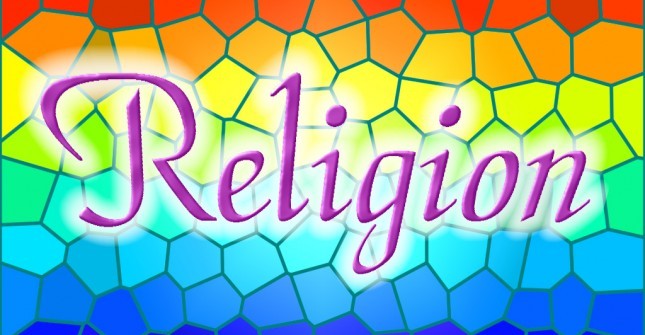 Thomas Jefferson once wrote: “But it does me no injury for my neighbor to say there are twenty gods or no God. It neither picks my pocket nor breaks my leg.”

For many of us, it’s easy to appreciate Jefferson’s eloquently stated advocacy of religious freedom of conscience, as well as the idea that all individuals should be able to express religious or nonreligious positions independent of others’ beliefs. Likewise, at the United Nations, both the Universal Declaration on Human Rights and the binding International Covenant on Civil and Political Rights guarantee “freedom of thought, conscience and religion” to all individuals. But, in spite of international agreements and Jefferson’s beautiful words, the reality is that these tenets are often forgotten.

Today, few corners of the world are immune from the oppression of conscience. Last year, Pakistan’s Malala Yousafzai captivated the world after the Taliban viciously attacked her for promoting education for girls and women. Nearby, Pakistani Christian Rimsha Masih’s future and safety are still uncertain after she beat a blasphemy charge. In 2010, the Taliban murdered 86 Ahmadi Muslims on account of their faith. In Indonesia, Alexander Aan continues to languish in prison for the “crime” of professing his atheism, and atheist Alber Saber has been persecuted in Egypt for his lack of faith. In Iran, U.S. Pastor Saeed Abedini is serving an eight-year prison sentence for the alleged crime of preaching Christianity. And these examples are just a snapshot of what Pew reports as roughly 75 percent of the world—5.25 billion people—that live under some sort of social or governmental oppression of religious conscience.

Last year, the Center for Inquiry launched a campaign focused on promoting freedom of conscience and expression around the world—an initiative we applaud and support wholeheartedly. The Qu’ran itself champions this sentiment, emphatically declaring: “There shall be no compulsion in religion” (2:256). But in a world where oppression of conscience is inflicted on people of all different religious affiliations (or lack thereof), one fact is clear—oppression of conscience and expression is not something that impacts only one group of people. The diversity of the players who perpetuate this oppression is as widespread as the issue itself. The solution will never come from those oppressing, but must come from those who recognize this oppression for what it is—a violation of basic human rights—and are willing to work together to fight against it.

In an increasingly globalized and interconnected world, how can we achieve freedom of conscience while embracing civility and respect in the face of vast and polarizing religious differences?

As an example, let’s look at atheists and Muslims. Or, in this case, one atheist and one Muslim. As members of minority communities in the United States, the two of us recognize that true freedom can only exist when it is rooted in mutual respect. Likewise, oppression thrives in its absence. It is crucial, however, to recognize that true civility cannot be dictated, but can only exist through personal accountability. President Truman once wrote, “Those who want the government to regulate matters of the mind and spirit are like men who are so afraid of being murdered that they commit suicide to avoid assassination.” The only agent that can truly regulate matters of mind and spirit is the individual. Another’s religious beliefs, or lack thereof, should not threaten an individual’s sense of self.

Thus, freedom of conscience requires civility and cooperation. We coauthor this piece respectively as an atheist and a Muslim to illustrate this principle. While many people in the United States seek to inflame a so-called “clash of civilizations” between our respective communities (and others) by promoting Islamophobia and anti-atheist bias, the two of us engage in intellectual, civil, and genuine discourse—which allows each of us to express our perspectives in a candid but respectful manner. We may never agree on some matters—and that is fine. In a world where freedom of conscience and expression are rare, agreement is not our primary concern. Recognizing another’s fundamental right to disagree while respecting his or her humanity and highest principles, however, is central to our ability to productively exchange ideas in the first place.

Civility also builds trust. By engaging in respectful discourse, we ensure two things. First, that even the most sensitive questions about the other’s beliefs can be asked—as they should be—without censorship. Thus, we do not avoid important or difficult questions out of fear of “offending” the other. Second, regardless of whether we agree on an issue, we emerge with significantly more appreciation for one another and significantly less ignorance. In the end, that knowledge is of priceless benefit.

Even in areas of the world where freedom of conscience is upheld, an act as simple as sending a hateful email can erode the mutual respect that serves as the foundation of our freedom of conscience. Such expressions are often defended under the banner of “free speech,” but all too often we ignore the fact that freedom of conscience and such incivility ultimately cannot coexist. A society that values the freedom of conscience cannot also value ideas that support oppression—our commitment to one another requires us to stand up against dehumanizing ideologies like sexism, homophobia, racism, xenophobia, and all of the other -isms that inhibit people from living their lives freely. Given enough time, hateful words lead to hateful actions—making oppression of conscience a reality for the vast majority of the world. The aforementioned oppressive regimes did not emerge and have not strengthened because people were “too civil” with one another. Rather, they are the eventual end of societies that chose to exchange ideas with distrust, ignorance, and vitriol—not through education, compassion, and civility.

Sending hate mail takes mere seconds. Likewise, a majority’s decision to pass a law that oppresses its minority population can happen with little resistance. Neither of these acts requires respect or courage—only ignorance and cowardice. On the contrary, the road to ensure global freedom of conscience is not navigable without civility and courage—civility to respect others even when you disagree with them, and courage to defend the right to disagree even when people disrespect. This is not a quick task, nor an easy one, but it is the right one.

We must actively dispel our fear of the unfamiliar and embrace our fellow human beings as equals—especially the ones with whom we might vehemently disagree. We need neither whitewash our differences, nor evangelize. And under no circumstance can we compromise an individual’s right to believe—or not believe—as she or he deems appropriate. By instead embracing the middle path of respect and moderation—even in the face of injustice and insults—we better inform each other and ourselves. Likewise, we set a practical example, one worthy of replicating, for those 5.25 billion who have known oppression of conscience.

And surely, such a strategy neither picks your pocket nor breaks your leg.

Qasim Rashid is a national spokesperson for the Ahmadiyya Muslim Community USA, Chairman of the Muslim Writers Guild of America, and author of the upcoming book, The Wrong Kind of Muslim. Follow him on Twitter @MuslimIQ. Chris Stedman is the Assistant Humanist Chaplain and Values in Action Coordinator at Harvard and the author of Faitheist: How an Atheist Found Common Ground with the Religious. Follow him on Twitter at @ChrisDStedman.