Novels of the Revolution: What will they look like? 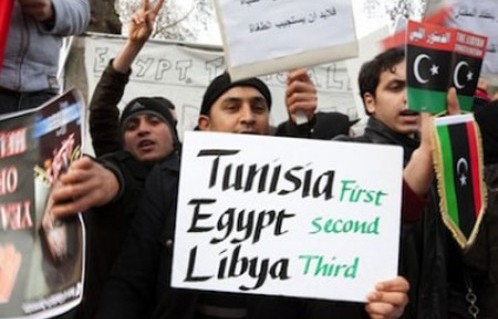 Today in Al Masry Al Youm, I have a piece about “‘Revolutions everywhere’: Egypt’s novelists shift the red lines” discussing the past, present, and future of censorship and self-censorship in Egyptian literature.

In it, Egyptian novelist Ibrahim Farghali shares his hope that the new period will give authors more freedom to discuss religion, sex, sectarianism, women’s liberation, illicit relationships, homosexuality…well, you name it. But the January 25 movement is likely to affect Egypt’s literary scene in another way. Like the 1919 and 1952 revolutions, it’s likely to inspire a number of novels, plays, stories, and poems.

Several prominent authors have already given a nod toward writing a #Jan25 novel. Egyptian novelist Ahmed Alaidy said, in The Washington Post, that he had been working on a novel about an imagined revolution that he will need to rewrite. Novelist and political commentator Alaa al-Aswany has promised to write a novel of the revolution. And Libyan novelist Ibrahim al-Koni told Qantara magazine that, “The idea of writing about these events has befallen me like a disease.”

What sort of literature will this produce?

Ibrahim Farghali, critic and author of The Smiles of Saints, Children of Gebelawi: Certainly the revolution [will have] a very big impact on the literature, and it’s obvious that many of the writes will attempt to document the revolution and take advantage of the subject in their novels, because the days of the revolution really were full of drama, exotic, contradictions and tough days, violence and irony and so on.

Ahmed Naje, cultural journalist and author of Rogers: First I wish there will not be many novels about the revolution. I believe using the revolution as topic for the literary will lead to kitsch literature, and will turn that great moment to silly stories.

Mansoura Ezz Eldin, IPAF-shortlisted novelist, author of Maryam’s Maze, Beyond Paradise: Maybe one the revolution’s influences will be a blooming of a sort of dictator’s literature as in Latin America. What we discovered about Mubarak’s regime after the revolution is beyond any imagination. It was more like a gang than a regime and all this tales about corruptions and how they ruled the country may provoke writers to make use of it.

There’s also an essay on red lines in Daily News Egypt, in which the author suggests that “in this period of heightened tension, certain issues [red lines about religion, I assume] are probably better left unchallenged.”

And there’s an article today in The National: Art and life in the new Egypt:

Artists may still experience some forms of censorship, including self-censorship, but the whole scene will be different, Labib added. “Take for example the fact that you’ll be able to take photographs in a public place without being asked to obtain a permit first. How great is that?”

And on reading revolutions:

In Al Ahram Weekly, the new chair of the General Egyptian Book Organization, Ahmed Megahed, discusses his plans for the GEBO. He says, among other things, “To compensate Egyptian publishers for the cancellation of this year’s Cairo International Book Fair…three smaller fairs will be organised by the GEBO over the coming six months in Aswan and Ismailia.”