‘No Religious Education’ At Heart of U.S Intolerance 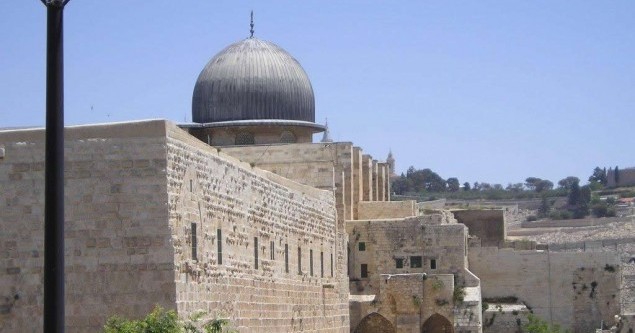 CALIFORNIA’S governor signed legislation this week that prevents businesses from segregating from the public employees wearing obvious symbols of their religion. The new law puts restrictions on employers who want to keep Muslim women wearing the hijab and Sikhs wearing beards and turbans out of the public’s view.

The signing of Assembly Bill 1964 by Gov. Jerry Brown is a milestone in affirming the religious rights of all Californians regardless of their religious faith.

Brown told 400 Sikhs and their supporters at a rally in Sacramento that, “wearing any type of religious clothing or hairstyle … is protected by law.”

The new law comes in the wake of the Wisconsin murders of six Sikhs at their place of worship, but it was obviously intended not only to protect Sikhs but also Muslims who are facing a rising tide of religious intolerance.

It also follows a highly publicized lawsuit filed by a young Muslim woman against Walt Disney Co. The Moroccan-born Imane Boudlal alleged that co-workers taunted her as a terrorist because she wore the hijab. Boudlal’s supervisors ignored her complaints. She asserts she lost her job because she refused to remove her hijab while working with the public or to work in a position not in public view.

The law is similar to the US Civil Rights Act of 1964. The state law mandates that employers must accommodate an employee’s religious clothing, grooming and practices unless the employer suffers “significant difficulty or expense.”
The sad fact is the need for such laws in the first place. The highly partisan political climate created by the Republican Party that insists on defining American values as Christian values has served the agendas of the Islamophobes and the myriad religious and ethnic hate groups around the country.

But how did we get here? As much as I’d like to blame the far right for its increasing hostility toward non-Christian faiths, especially the witch-hunt against Muslims holding positions in government, the problem goes deeper than scoring political points to elect conservatives and marginalize Muslims and Sikhs.

Religious intolerance, while present in varying degrees throughout America’s history and particularly against Jews and Catholics before World War II, has accelerated in the past two decades largely due to the expanding social media and the fallout from 9/11.

However, the roots of religious intolerance were firmly planted in a postwar secular society that has virtually ignored its responsibility to educate its citizens about other faiths at the primary and secondary school level. A US Supreme Court ruling in one case has led to public schools throughout the country to minimize or eliminate religious education in public schools.
In 1948, the Supreme Court ruled in McCollum vs. Board of Education that tax-supported religious education in public schools was unconstitutional. It was an early examination of the separation of church and state issue. In a ruling four years later, the court allowed a New York school program to provide religious education as long as it did not use public funds or conduct classes on school grounds.

In the mid-1960s, the school district I belonged to when I was a child conducted religious education courses. The courses were voluntary and held off-campus once a week in the middle of the school day for about 20 minutes. An independent instructor taught the class. But over the years the separation of church and state grew wider. The concept of religious education disappeared by the time my own children attended primary school in the 1980s.

At issue in the United States was making the distinction between teaching about religion and simply teaching religion, or as the Supreme Court put it, “teaching of religion.” The court determined that “teaching of religion” was unconstitutional, but the court encouraged “teaching about religion.” Yet parents and teachers alike blurred the distinction to the point where conducting any religious education class came under attack as forcing specific religious beliefs on children.

And in this battle over how to teach religion, children came out the big loser. Children at the primary school level can be exposed to the world’s primary religions under rigid controls and standardized curriculum developed by interfaith groups while under the supervision of local school districts. Ideally, such programs using the “teaching about religion” principle would reduce instances of intolerance and instill respect for different faiths.

It’s naïve to think that voluntary religious education courses alone will stem the flow of hate. A child’s home environment will likely have more influence than brief off-campus weekly classes. But teaching children the basics of Islam, Hinduism, Christianity, Judaism and the world’s other religions may give the young pause as they become adults to engage in hateful behavior. If respect for all faiths is instilled at an early age, then perhaps as adults, individuals would find membership in hate groups less appealing. It would also make laws regulating the conduct of employers’ treatment of their workers and their religious beliefs unnecessary.

3 Responses to ‘No Religious Education’ At Heart of U.S Intolerance