‘No Government Support’ for Arabic Literature 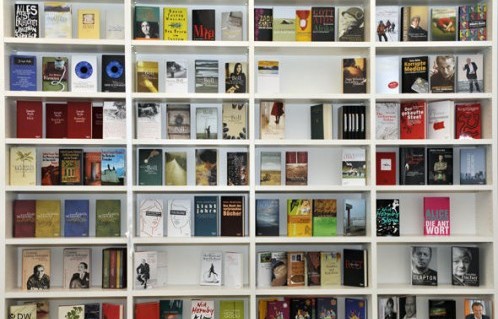 When the UK-based Literature Across Frontiers (LAF) visited Cairo this month, it was with the aim of speeding and smoothing out the flow of translations into and from Arabic.

The visit made two things apparent. The first was that many young Egyptians are passionate about translating foreign literature into Arabic. LAF Director Alexandra Buchler said that one young translator who joined the weeklong workshop at Ain Shams University left home at 5 am every morning so as not to miss anything. Others were equally enthusiastic about talks by authors, translators and publishers.

The second thing that became apparent was that the Egyptian government – and the governments of other Arabic-writing countries – do little to promote their own authors abroad.

This failure was one of the major discussion points when LAF presented a report on Arabic-English translation at the British Council headquarters this week. The report, which covered the period from 1990-2010, was part of a much larger study. Buchler told a small audience that the idea behind these studies was to “map the translation flows within the Euro-Mediterranean region.”

By mapping the flows of translation, she said, we could begin to see which areas were most in need of improvement.

Still, while foreign interest has grown, it was clear from the report presentation that Arabic-writing countries could do a great deal more to promote their authors abroad.

All European countries subsidize, promote and support their national literature in translation, Buchler said. Turkey, she said, has launched a variety of initiatives to support their authors in foreign markets. Israel has done the same. These concentrated efforts on the part of governments “have helped a lot.”

But in Egypt and other Arabic-writing countries, Buchler said, “there is no support” for translation.

Report co-author Alice Guthrie said that while there is a Naguib Mahfouz Fund for Translations of Arabic Literature, it has not been used. The AUC Press’ Neil Hewison confirmed that money for the fund was lacking, and that it really only existed “in theory.”

There are several government-sponsored measures supporting the translation of literature into Arabic, such as the UAE-based Kalima project and Egypt’s National Center for Translation. And there is a large new venture for translating certain Arabic texts into English: leading Arabic translator Humphrey Davies noted that Abu Dhabi had recently funded the Library of Arabic Literature project to translate pre-modern Arabic works into English.

But, Buchler emphasized, there is no direct Arab-government sponsorship for the translation of works by living Arab writers into English or other languages.

Egyptian authors have not necessarily been clamoring for this support, Guthrie said. She noted that there is a “fair deal of ambivalence on the part of Arab writers” about the use of government translation funds. Buchler added that “even if there were funds available, not all writers would be happy for them to be used.”

So while many other nations’ authors are buoyed by government support, Arabic-language authors are left to sink or swim in foreign markets.

The British Council’s Cathy Costain noted that there have been a few official attempts to promote Egyptian literature to foreign-language publishers. The General Egyptian Book Organization once put together a pamphlet of Arabic novels available for translation. But the result was “tragic,” Costain said, with substandard English translation, poor design, and confusion over ownership rights.

On the other hand, Buchler said, the Turkish government was putting out “almost too much” literary material. But whether or not the quantity is too large, the Turks have achieved some measure of success. The Turkish government has paid for literary agents, publishers and authors to attend book fairs and literary events, and have capitalized on the spike in interest after Orhan Pamuk won the Nobel Prize for Literature in 2006.

There is a great deal to celebrate about Arabic literature translated into English: major literary authors like Ibrahim Aslan, Elias Khoury and Mahmoud Darwish are available in English, often in award-winning translations. Popular authors like Alaa al-Aswany have also found a global audience. New publishing ventures, such as Bloombusy Qatar and Swallow Editions, have arisen with a focus on reader-friendly Arabic books.

Government support for foreign literary exports might not noticeably boost local economies. But supporting literary translation offers other, less-tangible benefits: reading literature from another country is a bit like having a foreign exchange student in your home. No matter how he or she behaves, in the end the student will leave you with a more full impression of him or her and his or her home country.

The full LAF report on Arabic-English translation (1990-2010) is available online at lafpublications.org.