News Analysis: ‘Are You Lookin’ at Me, Ben Ali?’ 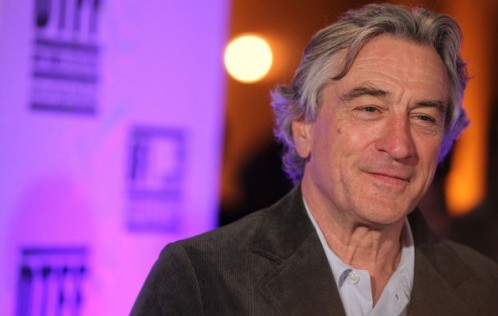 What’s the story? Robert de Niro is looking forward to seeing a raft of movies about the Arab Spring in the next year.

How do you know? He said so at the close of the Doha Tribeca Film Festival which took place last week.

Mr ‘Raging Bull’ has been quite a supporter of this particular festival.  He has indeed but he’s not the only Hollywood A-lister to enjoy a slightly more humid week in the Gulf than expected.  Antonio Banderas, Michelle Yeoh, Luc Besson and Omar Sharif came along too.

Omar Sharif? Wouldn’t he be a shoo in to play Hosni Mubarak in any upcoming movie.  It may require some smart work by the make up people but we couldn’t agree more.

Have any movies yet been made about the tumultuous events of the last year?  One person who has already got to tell his story about the revolution and has shown it at the festival is Tunisian film-maker Elyes Baccar. He toured around the country immediately after the fall of Ben Ali to chronicle the aftermath of the dictator’s demise and how people reacted to it.

But it’ll be a while before we see the ‘defining’ movies of recent events?  According to Amanda Palmer, executive director of the Doha Film Institute (DFI) if you take Iraq as an example it’ll be about four years before we see the best work on the Arab Spring.