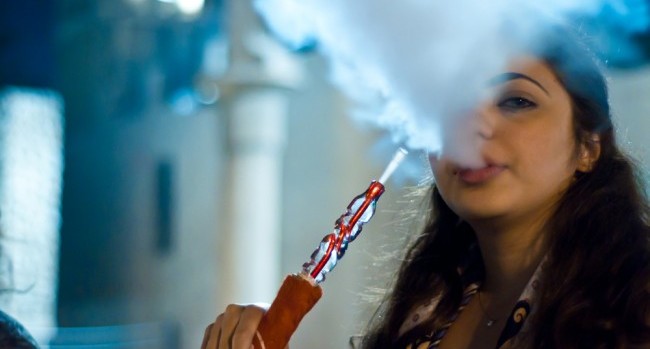 The UAE is to implement a smoking law banning tobacco advertisements, smoking in schools, universities and places of worship and smoking in cars with kids of less than 12 years of age. Oh, and making under-age smoking illegal with a fine of up to Dhs10,000.

The implementation of the Federal law is to take place on January 21st. Strangely, the law itself dates back to 2009 – but crafting regulations, by-laws and compliance with many shades of red tape have delayed its implementation.

There’s no tax on cigarettes in the UAE, so a pack costs less than £1. Something like 40% of teens in the UAE smoke.

There’s no effective ban on smoking in public places (offices, restaurants and other outlets), despite early talk of the by-laws to the Federal smoking law including such provisions. The Ministry of Health has, according to The National’s piece, just ‘prepared a draft resolution to ban smoking in the ministry’s hospitals, primary health centres and specialised treatment centres.’

So despite that early sabre-rattling, there’s to be no UAE blanket ban on smoking in public. It would appear that whatever the intentions of the law originally were, the process of negotiating its implementation have drawn many of its teeth. Does the implementation go far enough? Well, if you believe smoking is a bad thing, no it doesn’t.

I speak as someone who used to smoke for England. I chugged my way through about sixty a day until finally coming to the realisation that I was manipulating the people around me so that I could be sure of finding myself in a situation where I could smoke. I didn’t like that in myself. But I did promise myself I’d never become one of those rabidly anti-smoking ex-smokers.

It’s a promise I’m finding increasingly hard to keep, to be honest with you. I gave up the fags back in 2001 and find it harder each day to remember why I ever thought what I was doing to myself was anything other than insane and suicidal.

Which is why I’m mildly horrified to realise I don’t think the implementation of the law on 21st January is enough. A UK/Ireland style blanket ban of smoking in all public places is what is required, not a range of halfway house resolutions.