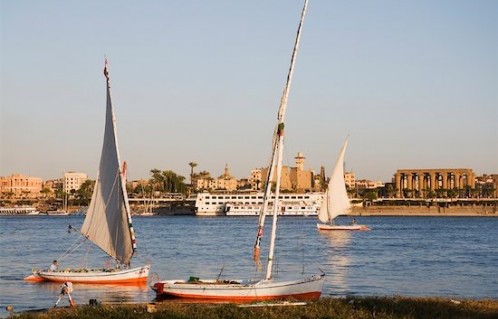 Unsure and cautious, I flew to Egypt in March on a flight that had been booked months before the revolution. I found a beautiful, vibrant country, rich with culture and unparalleled kindness despite the upheavals it had recently been through.

Everyone says that freedom has a price. But the costs take different forms. During the revolution, many cited the deaths of more than 380 Egyptians as the greatest loss. Since then, it has become clear to me that the financial toll of the revolution is also an incredible burden that everyday Egyptians must bear. Popular tourist destinations such as the Pyramids of Giza and Luxor are abandoned, and I found that some businesses have shut down entirely and anxious shopkeepers longingly await the return of tourists.

In Cairo, my cab driver – who works as a teacher during the day – emphasised his appreciation for the new, free Egypt but wished for a quick return to normalcy. As he drove me toward Tahrir Square, I saw that the once omnipresent police presence was absent. Instead, citizens patrolled the streets and directed traffic.

The mass of demonstrators from recent weeks has dwindled compared to the crowds I’d seen on television, yet thousands still gather each Friday to commemorate lives sacrificed and celebrate freedom. Tahrir Square was filled with excited energy and the colours of the flag reached every corner. Without a doubt, this experience was the most profound part of my journey and I felt humbled to witness their joy.

When I asked one man from Cairo to describe the excitement of the protests, he said, “Egyptians have never lost or found their country before – there are no words.” All I could say was “Mabrook!” (congratulations, in Arabic) and smile. Throughout my visit, I was well received and completely thrilled to be a part of these historic festivities. Those still celebrating in Tahrir Square were pleasantly receptive to my encouragement and grateful to see a tourist back in Cairo.

During the day, Tahrir Square is a standard traffic circle with pedestrians weaving through the constant flow of cars. In the mornings you can find people sipping tea or hurrying off to their destinations. There are also people sweeping the streets and clearing litter. I witnessed a Cairo businessman tip a street sweeper as a token of gratitude for the man’s efforts to restore tidiness in the city. It seemed to me that Egyptians were never prouder of their country, cities and streets. Indeed, the men who cleaned the streets in Tahrir seemed to not only be sweeping strewn litter, but also remnants of the Mubarak regime.

Everyone expressed remarkable ownership for their new Egypt. I explained to a friend that although my visit to Egypt was brief, I am forever impacted by her beauty, passion and strength. This friend of mine, a professor in Cairo, responded, “I love that you love our country. And because we now feel that we own it, this [feeling of welcome] was translated onto the personal level immediately.”

In Luxor, an ancient city south of Cairo, I visited a rather deserted restaurant. I decided not to eat there since it didn’t seem lively but before I could walk away an elated man eagerly ran to unlock the restaurant doors. He was the restaurant owner, he explained, and said that he could only offer eggs. Before I could object, he crossed the street and drove away on his motorcycle. Ten minutes later he returned with ingredients for my meal. He cooked and presented the meal with incredible care and voiced his hopefulness for the return of more tourists.

Egyptians’ accomplishments have provided inspiration to the surrounding region. As protests continue in neighbouring countries, Egypt’s successes and its recent challenges have served as a model for others seeking economic and democratic reform. The commitment of those Egyptians who selflessly made sacrifices and their passion for a free Egypt is deeply inspiring and humbling.

As an American, we are taught that freedom is not free, yet it is almost impossible for me to imagine the strength and courage actually required to fearlessly stand and defend those rights. Most clearly, Egypt has shown that freedom, although costly to their everyday lives, is a worthy cause.