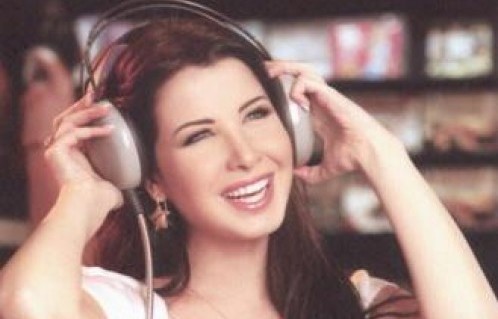 From time to time, conservative groups in Morocco have called for performers to be banned because of their provocative style of dress, their jaunty lyrics or even their lifestyle. Regular readers of The View from Fez will well remember the fuss over Lebanese singer Haifa Wahbi and the attempts to ban Sir Elton John. Ibn Warraq takes a look at the latest incident.

Back in 2010,the head of the Justice and Development Party (PJD) parliamentary group, Mustapha Ramid, led the attack on Sir Elton John’s appearance at the Mawazine Festival “We categorically reject the appearance of this singer because there is a risk of encouraging homosexuality in Morocco,” Ramid said at the time. “The problem is not with the singer himself but the image he has in society,” another leading party member, Lahcen Daoudi, added. “Moroccan society has a negative perception of this singer and we must take it into consideration.”

The PJD even went as far as requesting the Moroccan parliament ban Sir Elton from performing in the festival. Most commentators saw the call as a rather naive attempt at playing popular politics and the move backfired when the party was roundly ridiculed.

“Sir Elton is one of the world’s top pop singers and composers,and the Mawazine organizers invite artists on the basis of the quality of their performance on stage and according to their artistic career… [John’s] private life is none of our business.” said festival artistic director Aziz Daki. He defended the pop icon and refused to cancel the concert, saying that banning an act because of sexual orientation would “undermine the respect and privacy and breach certain values that the international Mawazine festival is based on.”

Then, back in 2006, there was the Haifa Wahbi saga. Moroccan authorities denied the Lebanese singer Haifa Wahbi entry to the Kingdom where the popular singer was to to hold a charity concert for HIV research. After submitting a request for permission to enter the country, Haifa was surprisingly denied.

Then, barely a month later, the ban was overturned and Haifa arrived in Morocco after an invitation from the Red Badge Organization.

And now, one of Haifa’s rivals, was the centre of another attempt to censor who Moroccan young people can watch perform. Islamist groups called for the concert last Saturday in Tetouan by the Lebanese singer, Nancy Ajram, to be cancelled. Again they have misread the mood of the country and their call was ignored.

Morocco’s constitutional referendum may not have gone as far as many would like, but the country is on the move and the decision makers in Rabat have no intention of turning the clock back. As journalist Martin Jay put it so eloquently in Al Arabiya, “The problem is that democracy has broken out in Morocco.”

Martin Jay is a veteran of the Moroccan scene and his thoughts on reform are worth noting. In part he says… “Let’s not forget who is really driving Morocco’s reform — the European Union – which gave Morocco a special status three years back and continues to encourage it financially with reform, which, in Euro-jargon means shaping up human rights. In all fairness, Rabat has made some progress, in particular with women’s rights and a slight, but noticeable change, in freedom of speech for hacks here. But the fact the European Union is behind the reform plan is scary at best.” (read Martin’s article here: Martin Jay )

But for the young people of Tetouan, this means little. What was important was that they had a chance to see Nancy Ajram perform. What the groups calling for performers to be banned fail to get is that people in Morocco have the freedom to watch and listen to what they like and that attempts to ban simply act as great publicity for the artists.