My Saudi Heroes: People Who’ve Made A Difference 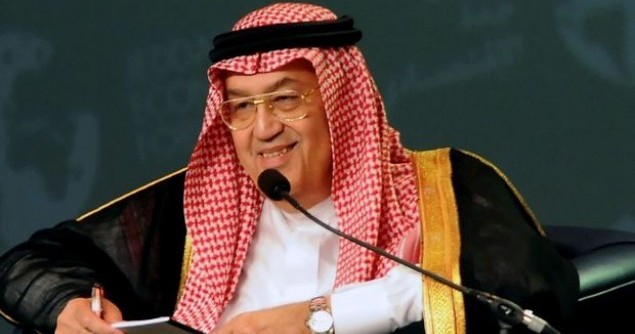 August 15th 2010, Dr. Ghazi Al Qosaibi passed away. He was a great poet, novelist, diplomat and administrator but more than that he inspired Saudis and showed them how much can be achieved positively, consistently and without hate.

He passed away but there’s still hope in the living. Hence my third list of Saudis like him who have made it a personal mission to make Saudi a better place.

My first and second lists are available here and here.

Here’s a man that can’t be explained in sentences, just words. Selfless. Angry. Passionate. For years now he has been risking his livelihood, freedom and his and his family’s safety to call on the interior ministry to practice due judicial process and not to imprison people for their opinions. He co-founded with Mohammed al-Bajady a human rights association, the Saudi Civil and Political Rights Association (ACPRA), which the government refuses to recognize. Despite the fact that his co-founder has been ceased and imprisoned since March 2011, Al Qahtani presses on. Now he is facing his own trial and possible imprisonment and yet he still does not hesitate to document and represent anyone who needs his help regardless of their gender, sect, or nationality.

Aisha Al Mana’ is the first Saudi woman to obtain a PhD, the first Saudi woman to be a principal of a school and the first Saudi woman to be a director of a hospital. Being a pioneer is something to be celebrated but that’s not why she’s on this list. She’s here because she was fighting for women’s rights at a time when women who do are considered pariahs. Her 1981 PhD dissertation is Economic Development and its Impact on the Status of Women in Saudi Arabia and many of its conclusions are still true today. She has always stood up for women’s rights and never hesitated to support anyone else who does at whatever cost. There are legends (or horror stories if you’re a muttawa) about Al Mana’ and what she does when confronted for her beliefs. I’m itching to include them here but as they can’t be verified….

Let’s just call her the mother of Saudi feminism and leave it at that.

Al Dosari is a fellow blogger. She is also a women rights activist who dedicates much of her time in ensuring that Saudis learn about their rights. She runs a website, Saudi Women Rights, on which she provides information in Arabic that is unfortunately scarce across the kingdom about human rights in general and in particular what to do in cases of domestic abuse. She also volunteers her personal time to confidentially look into all the options that an abused woman might have. Al Dosari recently took part in a forum on Islamic tolerance and was viciously attacked on Twitter for it.

On Arabic channels you can watch an unlimited number of shows where a sheikh sits behind some big fancy desk and tells you how to be a better person and Muslim. Al Shugairi doesn’t do that. He shows you. On his show, which is currently in its eighth season, he looks at social, ethical and economical problems plaguing Arab societies and offers real solutions. Sometimes those solutions are his and other times he gets solutions from other countries where they’ve been successfully addressed. In both cases he demonstrates with real life examples. My favorite episode is when he examined the judicial system in Saudi and compared it to UAE’s and Norway’s. If you don’t speak Arabic just watch the opening credits in the first two minutes of the episode and you’ll get the gist of the show. He has a Twitter account with over 1,600,000 followers and I can only hope that his positive influence grows and grows.