‘My Reaction As a British Muslim to the Woolwich Attack’ 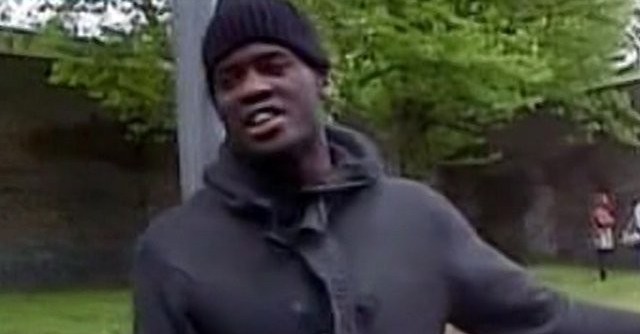 Today is a very emotional and difficult day in London. Two days ago we witnessed an event of disgusting proportions. There are so many thoughts running through my head because there are so many aspects to this brutal killing.

I feel horror at what has happened and shock that something so barbaric has taken place on our first world streets. I give my condolences for the families. I offer my admiration for those who protected the body and for the woman who engaged the killers in conversation to prevent further attack.

I feel that the killers in this case were like Breivik of Norway: lunatics who spouted what they thought was fashionable politicised rhetoric to in their minds justify something that is unjustifiable. What kind of nutter films a video of their exploits and then waits twenty minutes for the police to arrive? That suggests something that’s not right in their heads, a delusional exhibitionist swagger detached from reality. How and why? That I don’t know.

My brain cannot reconcile how they can use the words ‘Allahu Akber’ during this deed, (‘God is greater’) because they will know that God is greater than their base act which is not based on justice and Islam, but that Islam does not permit vigilantism, nor murder.

And this is, after all, murder. Murder of the most horrific kind. It’s the most extreme repulsive kind of gangsterism. And yet I ask myself the honest and genuine question, is this labelled terrorism because the murderers were Muslim? Or is this genuine terrorism? I don’t think we know the answer to this yet. How can we assert either way at this time?

And so I also feel angry that the exhibitionist barbarity of two individuals has been widened out to a bigger trend of terrorism before we know the full facts.

I’m also angry, and scared at the reprisal attacks that have already been happening on Muslims. Three mosques already have been attacked.

This morning as I stepped outside I felt scared, fearful of how I was perceived and what people would be thinking. I’m worried for my safety, for the security of my family. I had a hollow laugh at myself as I wondered if I live in a ‘nice’ area, safe from attack. But the racism and anti-Muslim hatred that has exploded in our midst since yesterday means I am under no illusions about how fragile we all are.  What else should I think when I keep seeing repeated “Hitler killed the wrong people, he should have killed Muslims.”

I don’t want to have to keep issuing condemnations and explaining this is not Islam, this is not what it means to be Muslim, but there is little choice given the inflammatory context. The EDL took to the streets in Woolwich yesterday claiming ‘enough is enough’, and brought fear to a people already traumatized. And Twitter is filled with alarming expressions of hatred and threats against Muslims.

I don’t make these statements for the EDL and other hate groups. I make them because in this case the killers used words dear to Muslims which we use in prayer, and these words must be respected and not defiled by inhumanity. But also, our wider society needs Muslims to reach out too, and I feel that the words from Muslims across the board are making a difference.

I don’t know how this story will unfold, but I pray that the consequences for all the people of Britain will not be a descent into hatred and division. This is what the killers wanted. This is what the EDL wants. But this is not what right-thinking human beings want, and will never be accepted by those with hearts and humanity.

I stand with my British brothers and sisters at this time of public crisis. I stand with hope for a Britain of togetherness.