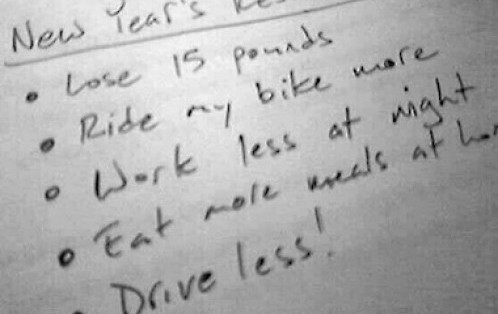 There is a curious annual custom inherited in many of our families, but one I am resolved not to take too seriously this year. I refer to the half-drunk notion of making resolutions for the new year (which I see no sound reason to capitalize, as my German blood is very far removed), as though the arbitrary turning of the calendar is a time to reflect on what went wrong over the last 365 days and pretend that things should go better in the next eighteen and a quarter score days. I have heard the rural urban tale that the pin-up 19th century cowgirl sharpshooter Annie Oakley started the custom of sending out Christmas Cards, but I am not sure which genius came up with penning new year’s resolutions, unless it was Johnny Walker in one of his more sober moments. Most people, and I surely fall into this anomalous category, do not remember the resolutions made a year ago. But then most godfearing redneck Americans could not repeat the 10 Commandments in order to save their souls, unless perhaps they were dead drunk. So my re-solution, since it is the defacto one I have been following for quite a few years, is to resolve to forget any resolution before I even make one. This saves me from having to make up a resolution, which is the same as making as silly a resolution as I can imagine.

I am not the first person to take aim at this impotent cultural pastime which has long since ceased to have any influence on what people really do. Mark Twain said it well over a century and a half ago:

New Year’s Day–Now is the accepted time to make your regular annual good resolutions. Next week you can begin paving hell with them as usual. Yesterday, everybody smoked his last cigar, took his last drink, and swore his last oath. Today, we are a pious and exemplary community. Thirty days from now, we shall have cast our reformation to the winds and gone to cutting our ancient shortcomings considerably shorter than ever. We shall also reflect pleasantly upon how we did the same old thing last year about this time. However, go in, community. New Year’s is a harmless annual institution, of no particular use to anybody save as a scapegoat for promiscuous drunks, and friendly calls, and humbug resolutions, and we wish you to enjoy it with a looseness suited to the greatness of the occasion.

Twain was more than a humorist, or perhaps it is best to say he was the consummate humorist when he touched on the problems in the real world. Here is what Twain said as the new century appeared over a century ago:

I bring you the stately nation named Christendom, returning, bedraggled, besmirched, and dishonored, from pirate raids in Kiao-Chou, Manchuria, South Africa, and the Philippines, with her soul full of meanness, her pocket full of boodle, and her mouth full of hypocrisies. Give her soap and towel, but hide the looking glass.

Resolving the world’s problems will not be solved by humor, although the intellectual stupor that results from inane play is well worth a drink or two. And there are real problems that fail to get resolved year after year after year. One year ago on a more serious note I quoted Wilfrid Blunt, whose (shall we say “blunt”) assessment of the world in 1899, is well worth repeating again:

The old century is very nearly out, and leaves the world in a pretty pass, and the British Empire is playing the devil in it as never an empire before on so large a scale. We may live to see its fall. All the nations of Europe are making the same hell upon earth in China, massacring and pillaging and raping in the captured cities as outrageously as in the Middle Ages. The Emperor of Germany gives the word for slaughter and the Pope looks on and approves. In South Africa our troops are burning farms under Kitchener’s command, and the Queen and the two houses of Parliament, and the bench of bishops thank God publicly and vote money for the work. The Americans are spending fifty millions a year on slaughtering the Filipinos; the King of the Belgians has invested his whole fortune on the Congo, where he is brutalizing the negroes to fill his pockets. The French and Italians for the moment are playing a less prominent part in the slaughter, but their inactivity grieves them. The whole white race is reveling openly in violence, as though it had never pretended to be Christian. God’s equal curse be on them all!

And to all a good night…