‘My Mother’s Name’: The Great Unmentionable in Saudi 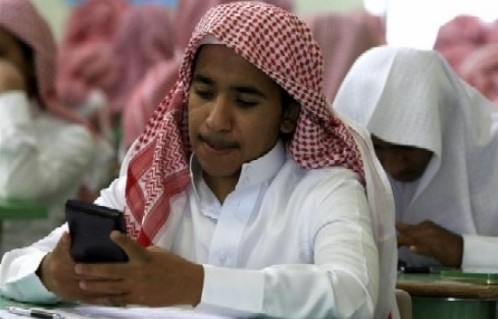 Here’s a quirk in Saudi society: Men don’t like to have the names of their mothers known to unrelated others.

Arab News reports that there’s a tribal taboo on mentioning one’s mother’s name, that having her name known opens her to abuse. I’ll expand that by noting that a) it’s not just tribal, b) it’s not just a mother’s name. Educated, even Western educated, urban Saudis are reluctant to have their mothers’ names known; they’re reluctant to have their wives’ names known, too. Again, this seems to be an issue with Saudi males, not women. What is it in Saudi society that encourages men to be so aggressive toward women? The article goes on to say that some believe the practice is fading, but I’ve not seen much to support that.

JEDDAH: Saudi men say they are reluctant to give their mother’s names to male acquaintances, arguing that their traditions and culture are all about keeping women out of men’s minds.

Some say that if a man knew his friend’s mother’s name, it is seen as shameful.

“I remember back when I was in high school, two guys started a fight as one of them has been telling his friend’s mother’s name to other pupils,” said Waheeb Atallah, a 29-year-old marketer.

“It was so intense that the school administration had to intervene. At the end of the day, we asked them about the fight and one of them said that mentioning a mother’s name in his tribe is taboo and that’s why he started a fight.”

The problem is not simply a matter of someone knowing the name of a person’s mother, according to Khaled Al-Harby, a 34-year-old schoolteacher, but rather it is when a man knows the name and then starts mocking it in public.

“This strange attitude is usually prevalent among young tribal men. They want to keep their female family members in a sacred place where no other men can reach them or even know they exist,” he said.

One Response to ‘My Mother’s Name’: The Great Unmentionable in Saudi