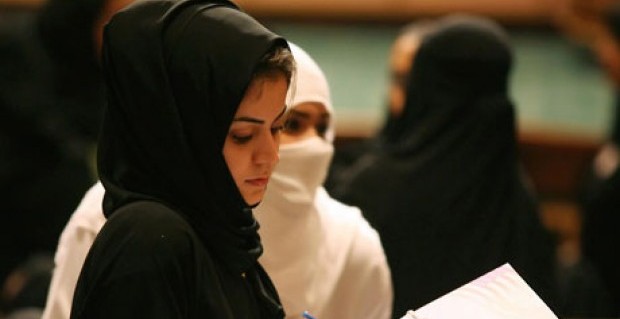 When 26-year-old Sabah arrived at the University of Newcastle in northeast England in the fall of 2009 for her postgraduate studies, she did what many of her Saudi girlfriends had decided. She sent her legal guardian home and lived an independent life.

Sabah, who spoke on the condition that her real name not be revealed because she is not following the guidelines of the Saudi cultural attache, which supervises her scholarship, said neither her father nor mother feel the need to keep her on a short leash.

“I have my own flat, I take the train to the university and I study late into the night at the library,” Sabah told The Media Line. “It’s a life I thought I never would have experience. I owe everything to my parents, who trust me to make the right decisions. Now I must make a decision of whether I even want to go back to Saudi Arabia. My heart tells me to stay here, but my head says I have no choice but to return home.”

Sabah is one of more than 800 Saudi men and women studying at Newcastle. An estimated 110,000 Saudis studying worldwide and are part of King Abdullah’s Foreign Scholarship program. They are studying abroad with about 30% attending U.S. universities, 15% in the United Kingdom, 11% in Canada and 8% studying in Australia.  The rest are scattered in other, mostly Muslim, countries. The program was initiated in 2005 and the first wave of students with graduate and postgraduate degrees has already returned to Saudi Arabia.

However, many Saudi women like Sabah are facing a personal crisis as they ponder their future once they earn their degrees. It’s an issue so sensitive that few students were willing to discuss their lives in the West using their real names, fearing they would lose their scholarships and sent home.

Some women say they see efforts to tighten restrictions on their personal freedoms since the beginning of the Arab Spring. The heady feeling Saudi women felt following the June 2011 driving demonstrations to demand their right to drive has dissipated and replaced with heightened rhetoric among conservatives to stay at home.

A Saudi Ministry of Higher Education official, who spoke on the condition that he not be identified because sensitivity of the issue, says education and cultural attaché officials, who supervise the scholarship program, are aware of the discontent among some Saudi students.

“We understand our sisters’ concerns about job prospects when they return and some of the other obstacles they face, but they must fulfill the terms of their scholarship and any employment obligations they have,” the official told The Media Line. “They must come home after completion of their studies.”

Maha, who turned 31 recently and is preparing to graduate with an education degree from the University of California Berkeley, has a teaching job waiting for her in Taif that pays 3,000 Saudi riyals ($1,066) a month. “I can’t think of anything more boring,” Maha told The Media Line. “I have lived in California for four years. Jobs in my field pay about $2,700 a month and I would have none of the problems that I would face if I returned home.”

By problems, Maha points to the inevitable laundry list of expectations Saudi society places on her, including the type of job she can have. Like many young Saudi women on scholarships to Western universities, Maha accepted in advance a teaching job in a rural area after completing her studies.

“I’ll be teaching village kids and my colleagues will be village women who have never left the province. And the only jobs available are teaching. I don’t necessarily want to be a teacher, but that is all that is available,” Maha says. “My father is dead, so my brother will be my guardian. I will answer to him for everything and he’s already hinted he expects some of my salary and he will find me a husband.”

Maha and Sabah often grumble about the restrictions imposed on them on choosing their employment, their husband and travel, all of which require permission from a male guardian. It’s the unintended consequence of the king’s scholarship program. For some Saudi women students, they came, they saw and they want to stay in the West.

While some Saudi university students are flirting with the idea of remaining in Britain or the U.S., they acknowledge the enormous pressure of adapting to Western culture. “England, as much as I like it here, has a deep drinking culture and everybody’s sex life is an open book,” Maha says. “These are things I feel very uncomfortable about. Can I live in a culture with different moral values? I wonder.”

The idea of not returning home is also a single woman’s prerogative. Married Saudi women students have their husbands and children with them. Returning home, where their lives are comfortable, is not open to debate. “My married friends have everything they need in Saudi Arabia,” Maha says. “There’s no point in living here when they have everything they need at home.”

Yet the urge to remain in Britain or the U.S often has less to do newfound freedoms and more with the impact the Arab Spring has had Saudi Arabia. One student characterized the kingdom as closing in on itself. “It’s a battle of wills between the conservatives and the liberals, and the conservatives are winning,” says a Saudi male student attending Newcastle and asked not to be identified.

Sabah complains that women have been the most affected by a push among conservatives to stem the tide of reform championed by King Abdullah.  The campaign for the right to drive a car has faltered. Equally strong efforts by women activists to ease guardianship laws to provide easier access to jobs also have led nowhere. Promises to codify laws that give women more rights in divorce and child custody cases in Saudi courts also failed to materialize.

Sabah points to the disturbing trend among religious conservatives to attack men promoting women’s rights. In December, conservatives alleged that Saudi men were contributing to the corruption of women and behaving “shamefully” by socializing with them during session breaks at the Saudi Intellectual Forum in Riyadh. Sabah says that attacking the moral character of a Saudi can be devastating, and serves as an effective tool to silence allies of women’s rights activists.

“I can face this kind of thing. It’s my country,” Sabah says. “But do I want my daughters to grow up in this environment? There’s the old joke that Saudi Arabia takes one step forward for progress and two steps backward. Well, it’s many steps backward now. We’re regressing.”

A 28-year-old doctoral student studying at the University of Birmingham in England, who asked to be called Khadija, says she is hopeful for women’s rights. She points to the fact that women won the right to vote and run for elected office. The university scholarship program is evidence of the government’s desire to provide better educational and employment opportunities for women. A progressive administrator, Sheikh Abdullatif Aal Al-Sheikh, was recently appointed to run the Commission for the Promotion of Virtue and Prevention of Vice. His first promise was to disband the volunteer vigilante force that strikes fear in many Saudis.

Yet the progress has had little effect on the day-to-day lives of Saudi women.

“We as Saudi women are getting impatient,” Khadija told The Media Line. “I want to be there for my country. They are giving me an education. But there are too many forces against me. Too many people want me to stay at home and waste my education, waste my brain. If I have to stay in the West to use my brain, I will.”

Yet Khadija says the reality is that the decision to remain in the West entails too high a price for most Saudi women. “I am looking for a job here in England and I’m hoping to find a way to stay here and live without restrictions. But am I ready to lose my family over it? No, not really.”