My Daughter, My Legacy in Struggle for Opportunity 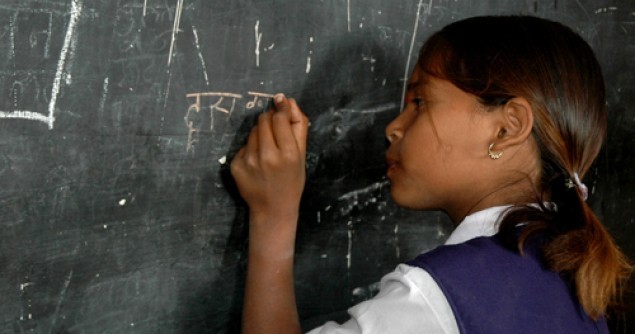 Thursday was, by United Nations resolution, the first-ever International Day of the Girl Child.

Tragically, there is a penalty for being born female. Girls are three times more likely than boys to be malnourished. Of the world’s 130 million out-of-school youth, 70 per cent are girls. Each year roughly two million girls between the ages of five and seven are trafficked in human slavery, sold or coaxed into the sex trade. Girls are the victims of early and forced marriage, prostitution and female genital mutilation.

This awful list continues, but I cannot bear to detail it further, as each word makes me dread what the future holds for my own little girl.

She will turn two in the new year. At her age when every moment is a discovery, every smile demonstrates pure joy. Her eyes are clear and innocent, her skin unblemished. She is perfect, untouched by the vagaries of life.

Whenever I look at her, I am immersed in the vision of a utopia where feisty, joyful women – no matter their background, wealth or geography – enjoy full respect, dignity and agency and share equally in global resources.

My daughter is abundantly blessed: she has her parents, an extended family living nearby, a home, toys, books. She has health care readily available, and a full education awaits her.

Like any parent I have both aspirations and worries for my daughter. But my fears are increased by the fact that she is a girl in a world where the odds of safety, affluence, well-being and equal treatment are stacked against her gender.

I would be foolish and cold- hearted to imagine that my baby’s first-world problems compare in any way to the life-threatening poverty, disease and war that affect other girls so disproportionately.

A mother could never do that. When you hold a daughter in your arms, you hope she will never suffer, but you also hope that all the innocent and vulnerable girls around the world will be nurtured, too. The issues women face manifest themselves differently in different places, but are all connected. That is why this week’s news that a courageous Pakistani girl has been shot by the Taliban for daring to want an education resonated around the world.

While I worry about my daughter’s well-being and safety, I worry just as much about how she will connect to all those other women. I despair about what those girls will suffer, and their lack of opportunities. Despite my fierce urge to protect my girl, I can’t keep her locked at home. That would deny her the freedom I will encourage her to embrace.

But I can race to make the world a more just, equal environment for all girls of her generation.

In the meantime I must work hard to build her skills and character by opening for her as much opportunity as I can. She will need an unbreakable moral compass and an indefatigable sense of self-worth, so that she will be absolutely certain that as a female she has a right to be a valued and equal human being, and to never accept any treatment that suggests otherwise.

Apparently my generation will not be the one that resolves the plight of girls – despite all our best efforts – and so my daughter must be my legacy. I have to fill her with conscience, skills and sense of justice. This investment will have a clear goal: to make her an active participant in the struggle, so that hers will be the last generation where girls face these challenges