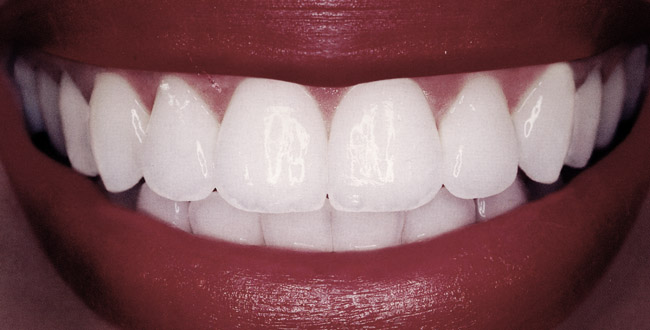 The last year has been no laughing matter in the Middle East. But its epic events – especially its use of peaceful protest and national unity as resources towards building self-determination – have made the wider world realise that Muslims are not as alien as they might have thought.

Amid the darkest moments, the world also saw another glimpse of the universal humanity of Muslims – through comedy. Reuters reported that before his death, eastern Libya was full of anti-Qaddafi humour. Graffiti showed the colonel in a Superman costume with a dollar sign instead of an “S” on his chest. Another showed him in a dustbin labelled “history”. A particularly damning cartoon urged him to “surrender himself to the ‘national council of hairdressers’”.

It’s a secret that needs to be let out: Muslims have a deep-rooted sense of humour and are not afraid to use it.

Let’s get these important points out of the way first. I know there are deeply miserable people out there who can’t possibly believe what I’m telling them: that Muslims both have and appreciate a sense of humour. Their argument is that Muslims will slap a fatwa on anyone who tries to make a joke or poke fun.

And we will. But only on anyone who makes a truly terrible joke. Substandard comedy, no matter where it comes from, should never be tolerated and deserves every fatwa it gets.

There isn’t any place either for dressing up prejudice, aggression or sheer ignorance as comedy. We are all too familiar with those misery-boots types who make barbed cracks, then throw up their hands to say: “What? You can’t take a joke?” Comedy is not a clever way to be rude or offensive. We can see straight through that.

In an entirely unscientific poll of friends, tweeps and Facebook fans, I asked what the funniest things were that they had been asked as Muslims. While wearing a pink headscarf one woman was asked: “Why do Muslim women wear black all the time?”

A rather baffling question that is often put to Muslims – who generally belong to quite sociable communities – is: “If you don’t drink, how do you meet people?”

And what is one to make of the question: “Is it true that light green is the official colour of Al Qaeda?”

Perhaps my favourite of all time, is: “Now that you’re engaged, will you have a forced marriage?”

These questions project such a one-dimensional, stereotypical understanding of Muslims that it is hard not to laugh. But we don’t. And that’s probably why some people think we are so serious and earnest all the time.

In the face of such questioning, Muslims place upon themselves the onerous burden of answering in the nicest possible way. Also, we’re never sure how non-Muslims will respond to humour. I’ve tried being funny when replying, and mostly the reaction is a blank stare. We like that people want to understand, but forgive us if you catch us suppressing an occasional smirk.

Since 9/11, a crop of young, feisty Muslim comedians have made it onto the scene. This has been accompanied by a growing number of comedy festivals, films, internet videos and blogs. Abu Dhabi last week month hosted an international comedy festival featuring the Lebanese stand-up Nemr Abou Nassar.

In the United States, a group of stand-up comics call themselves “Allah Made Me Funny“, comprising a black American, an Arab American and an Asian American. In the UK, acts like Imran Yusuf, an East African Asian, and Shaista Aziz, a British Pakistani, vie for attention. We also have stand-ups such as Riaad Moosa in South Africa.

Slowly but surely we are seeing Muslims depicted on western screens in comedy, rather than just as scary terrorists. Mainstream productions include such films as The Muslims Are Coming!, which follows a Muslim comedy troupe around the American Deep South. The Infidel tells the story of a Muslim who finds out he has Jewish roots while his daughter is being courted by the son of a deeply conservative Muslim family, and Looking For Comedy In The Muslim World follows the actor and comedian Albert Brooks to South Asia. But perhaps the most widely known movie is Four Lions, an acclaimed British comedy about four young Muslim men who plot to carry out a suicide bombing, which was directed by the ever controversial Chris Morris.

In 2010, the American journalist Katie Couric suggested that what her country needed if it were going to normalise its understanding of Muslims was a “Muslim Cosby Show”. Her wish may be about to come true as Preacher Moss of Allah Made Me Funny is attempting to pilot such a show, currently titled Here Come The Muhammads. He says that “by making it funny, you make it accessible. People can say: ‘You mean I can actually laugh at that?’”

Yes, it’s true that Muslims and others can in fact joke about Muslims.

At a preview of Four Lions, I found myself the only Muslim among 30 very serious film critics. While others looked around nervously, I was cackling with laughter (no doubt to their annoyance). The film worked because it showed a deep understanding of Muslim cultures, and the break between expectation and reality, both of which are rich seams of humour. It was intelligent, not offensive.

The film opens with the would-be terrorist cell recording their suicide video. The idiot of the group is centre stage and is being mocked for holding a small gun. “Not a small gun,” he protests. “Big hands.” Even suicide-video production is subject to the inflated egos common in the media.

Muslim humour and self-deprecation are, of course, not recent phenomena. There must be thousands of tales of Mullah Nasruddin, one of the great entertainer-comedian-wisemen of Muslim history, dating back to the Middle Ages. I particularly like this one: A certain conqueror said to Nasruddin, “Mullah, all the great rulers of the past had honorific titles with the name of God in them. There was, for instance, ‘God-Gifted’, and ‘God-Accepted’, and so on. How about some such name for me?” “God Forbid,” said Nasruddin.

Comedy also serves different purposes within different Muslim communities. While one group of young comedians is using humour to introduce Muslims to a world apprehensive about their faith, another is using it to point out the challenges of their cultures and politics.

In Saudi Arabia, YouTube comedies address religious and political pressures alongside social observation. On The Fly, for instance, has tackled subjects such as the Egyptian uprising as well as TV coverage of Arabs Got Talent.

The internet allows usually unmentionable subjects to be tackled. A mainstream TV show, Tash Ma Tash uses humour to explore social convention. One particularly controversial episode addressed the cultural taboos around discussing polygamy by having a woman with four husbands.

Such developments are the hidden gems of Muslim cultures today. The most powerful thing about their humour is its universality: while the cultural contexts may vary, they take down human foibles and misadventures in ways that all cultures can connect with.

After all, the funniest jokes are the ones that you see yourself in, and which connect to your own experiences.

So here’s a multi-faith one to sign off with. A priest, a rabbi and a mullah walk into a bar. The barman says: “What is this, a joke?”

This article first appeared in UAE daily, The National