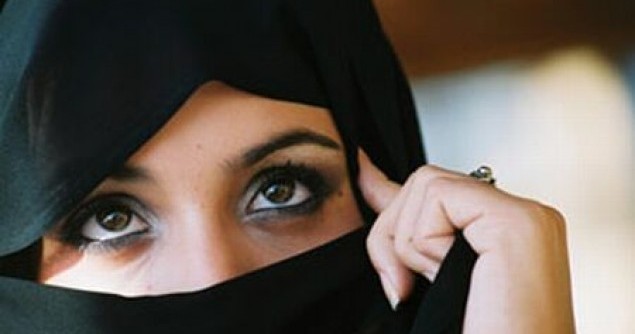 Muslim women’s rights. These three words— whether uttered by religious fundamentalists, progressives, politicians, activists, believers or nonreligious people in the West or the East — have been debated, co-opted, claimed, defined and redefined, and are at the heart of some of today’s most contentious debates worldwide. Indeed, these three words are central in my own advocacy work and scholarly pursuits. A fascination for some and a threat for others, Muslim women’s rights are receiving attention worldwide – as they should.

But too often this happens for the wrong reasons.

From Egypt to Malaysia, women in Muslim-majority countries are experiencing new social and even legal pressures not felt in decades to preserve so-called religious and cultural norms through restrictions of their rights and roles.

In the West, the pervading depiction of Muslim women is one of women in need of rescue from an inherently misogynistic religion. According to traditional Western thought, only a secular liberal human rights framework can bring gender equality and women’s rights to Muslim women. Yet casting rights as a Western secular concept—and therefore a foreign imposition—is one of the most popular strategies used to deny women their rights in many Muslim contexts.

Muslim women activists, however, are already claiming their rights through strategic local and transnational organising, knowledge-building and advocacy. A far cry from the passive actors of both the religious fundamentalist and traditional Western imagination, their rights are not defined by violent and misogynistic interpretations, but from a religion that serves as an important source of empowerment, purpose and dignity in the lives of millions of women and men.

It has never been more crucial to pay attention to, learn from and support Muslim women’s transnational efforts against rising extremism and religiously based violence. But how?

The organisation Musawah, which means equality in Arabic, defines itself as “a global movement of women and men who believe equality and justice in the Muslim family are necessary and possible”. Led by a network of Muslim women “who seek to publicly reclaim Islam’s spirit of justice for all”, Musawah works with both religious and secular actors to integrate Islamic teachings, universal human rights and national constitutional guarantees of equality with women and men’s lived realities. They are forging bridges across the so-called religious-secular divide, demonstrating the many shared goals and room for collaboration among Muslim, non-Muslim, religious and secular human rights advocates.

Another example, Women Living Under Muslim Laws (WLUML) is “an international solidarity network for women whose lives are shaped, conditioned or governed by laws and customs said to derive from Islam”. One of its key objectives is to build and strengthen connections between women within Muslim contexts and global feminist and progressive groups, providing opportunities to share “information and analysis that helps demystify the diverse sources of control over women’s lives, and the strategies and experiences of challenging all means of control”.

By paying attention to the critical work of Musawah and WLUML, among others, we can glean a few steps that Western-based and secular women’s rights advocates can take to be more effective partners.

First, we would all do well to recognise the diversity of Muslim expression, interpretation and experience, and that women are agents of their own religiosity. By assuming Islam is inherently misogynistic, we dangerously lend support to extremists’ redefining of religion and claims of Muslim women’s passivity and subordination, while alienating the many women whose religion is a core part of their identity and source of strength.

Second, we can acknowledge that while certain rights are universal and fundamental, there is not one path to attaining them. A religious framework for women’s rights can be complementary to a secular framework and reflect universal principles, while addressing the particular needs of religious communities at the same time.

Third, we must recognise that true partnerships are a two-way street of knowledge sharing and solidarity. Sources of oppression for women in Muslim-majority countries may not be that different from sources of oppression for women in other countries: cultures of patriarchy, unequal legal and economic opportunities, and a rise in extremist ideologies. There are many opportunities for Western and/or secular women’s movements to strengthen their efforts by learning from movements in different cultural and religious contexts.

The most important actors to give meaning to those three words — Muslim women’s rights — are Muslim women themselves. Transnational partnerships that honour this fact can give us hope for a world that is just and peaceful for all.

Sheherazade Jafari is a Ph.D. candidate in International Relations at American University in Washington, DC. She is currently in Malaysia conducting research on women’s rights advocacy across religious and secular differences.

One Response to ‘Muslim’. ‘Women’s’. ‘Rights’. Giving Meaning to Words