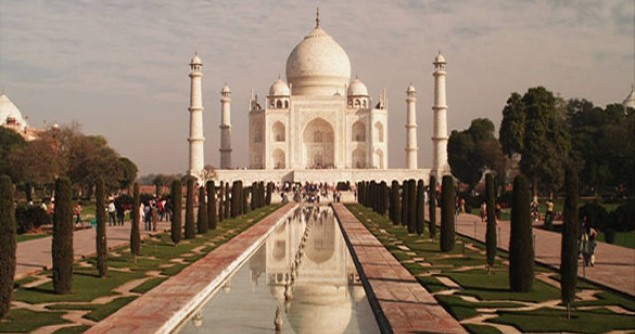 Recognising and appreciating how much the West and Islam have held in common historically is what makes the documentary Islamic Art: Mirror of the Invisible World, a must see for audiences around the world.

In fact, a cross-pollination of ideas is “what distinguishes most of the great masterworks of Islamic art. The traditional lands of the Islamic world have always been at a crossroads of trade and migrations of different kinds. The interaction with other people, and with other religions, has always been rich and that shows in the history of Islamic art”, says Alex Kronemer, who along with Michael Wolfe, is co-Executive Producer of this most recent documentary from Unity Productions Foundation (UPF).

Produced and directed by Rob Gardner, the documentary takes viewers to nine countries and across 14 centuries on visits to some of the most beautiful buildings in the world. It also showcases ivory and marble carvings, coins, jewellery, swords, ceramics, calligraphy, bronze lamps and miniature paintings reflective of a wide range of Islamic cultures. Accepted into the PBS Summer Arts Festival, which begins on 29 June, some of the art showcased in this documentary has never been included in a film or major exhibit before.

Making epic documentaries is nothing new for UPF, a mission-driven organisation working for peace and understanding through the media, and neither is their choice to explore how much humanity has in common. “Living at this time when there is so much misunderstanding, it is very compelling to have a calling that contributes some light to the world”, says Kronemer.

The art and architecture in this documentary speak to the immense possibilities of collaboration. Islamic art was influenced by other cultures and traditions, and the film showcases the beauty that can come from a meeting of diverse artistic sensibilities. Viewers can see the overlap between Chinese and Persian pottery, for instance, and the way that Greco-Roman geometric patterns were absorbed into Islamic art.

The film also shows Islamic art’s influence on the West. Many English speakers might be surprised to learn that the words blouse, chiffon, cotton, damask and satin are all derived from Arabic. During the Renaissance, with trade between Islamic empires and Europe, textiles and carpets from modern-day Turkey and Iran became prized possessions in Europe.

The documentary also depicts how different an African mosque could be from a Turkish one, demonstrating the ways that art and architecture could differ between Muslim majority nations. “Diversity is the great hallmark of Islamic art, as one would naturally expect from a global religion”, says Kronemer.

The film is organised around five themes to show common ideas in Islamic art: Word, focusing on calligraphy and Qur’anic manuscripts; Space, which looks at how architecture is used; Ornamentation, or decorative arts; Colour, which looks at geometric and floral patterns; and Water, which highlights gardens. The documentary successfully showcases the creativity, artistry and intelligence of Muslims reflecting an image that stands in sharp contrast to the current stereotypes that link Muslims with violence.

At a time when movies and television are the dominant art forms and Hollywood reigns supreme internationally, filmmakers in Muslim-majority countries and independent filmmakers alike have an uphill battle when it comes to successfully conveying a unique vision. Still, UPF’s first screening of Islamic Art: Mirror of the Invisible World, before a large audience at the Kennedy Center in Washington, DC, sold out.

Looking at shared artistic heritage was a reminder that Muslims and the rest of the world do have a common history that needs to be acknowledged and celebrated. This documentary brings masterpieces of Islamic civilisations up close. Few documentaries parallel Islamic Art: Mirror of the Invisible World as a means to gain insight into Muslims and their heritage.

As I watched the film, I felt that on a deeper, more spiritual level, it beautifully reflected God’s handiwork: people. We are comprised of diverse faiths and races; perhaps we were made differently so that together we could be a mosaic whose beauty surpasses that of any one race or people alone.

Naazish YarKhan is a Communications Strategist in Chicago, Illinois. Her writing has been published in over 50 traditional and digital media outlets around the world.

2 Responses to Movie Shows How Islamic Art Changed The World