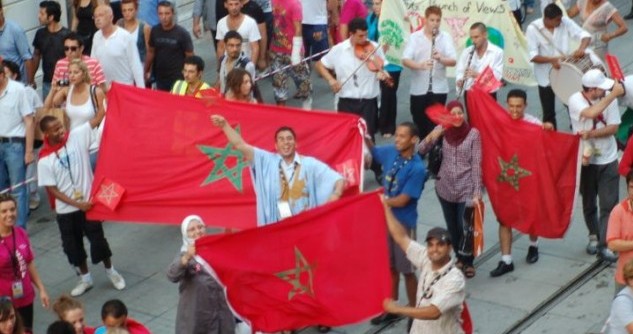 This September, 30,000 Moroccan youth aged 16 to 30 will participate in a nationwide discussion on the development of a new youth council. The Consultative Council for Youth and Social Work (known simply as the Youth Council) is meant to address youth expectations for democratic engagement by offering a concrete platform for youth to participate in economic, social and political life. It is a part of the monarchy’s new initiative to increase youth participation in post-Arab Spring Morocco.

Demonstrators in Morocco, unlike their counterparts in Tunisia and Egypt, did not call for radical regime change in the 2011 Arab Spring protests. Youth called for an “evolution” rather than a “revolution”. Protestors’ main demands focused on ending corruption, reforming the judicial system, improving access to education and creating a better health care system. Essentially, young people wanted a better functioning state, which to them did not necessarily entail a complete overhaul of the regime. The ripple effects of such calls for reform are reflected in the creation of the Youth Council, which will be a new way to bring government and citizens closer together.

The plans for the Youth Council were developed months ago in response to the 2011 protests. However, one year after announcing its creation in the new Moroccan Constitution, the Ministry of Youth and Sport has yet to draft its strategic proposition in order to actually establish this council. Once it is formed, the Youth Council will allow for unprecedented grassroots participation aimed at engaging representatives of Morocco youth in the decision-making process.

Moroccan civil society, however, did not wait for the Ministry of Youth to take action. Supported by the National Democratic Institute (NDI) and the British Embassy, civil society activists formed a similar group, the Parallel Youth Government, this June. Through this initiative, participating youth will have the opportunity to provide feedback on government decisions.

Lahbib Choubani, the Moroccan minister in charge of government-civil society relations, has promised that the doors of parliament will be open to the Parallel Youth Government and that its participants will be given the opportunity to attend meetings with members of parliament.

Accordingly, the first issue on the Youth Council’s agenda will be youth unemployment. Their work should focus on finding much-needed sustainable solutions that address the needs of unemployed youth. One of the challenges the Council will face will be helping the government to reform the education system to be able to meet the needs of the job market.

The same World Bank report found that there is a huge demand for vocational training – which has been largely unmet by educational institutions. However, if youth organisations and government can work together they can find new solutions to these problems. Regular meetings between heads of education institutions and leaders from youth organisations to hear young people’s suggestions on how to meet their needs could help in the development of new policies that would benefit youth seeking employment. In addition, students could learn about the job market from workers directly by visiting workplaces and learning about their experiences.

Better educated youth would help create a more responsible and politically active nation. These two organisations will hopefully build a bridge between youth and the political system, as well as between students and workers. For them to succeed, youth representatives from all over the country should be involved in creating a cohesive and effective national strategy for addressing youth concerns.

Nadia Rabbaa is a freelance journalist and media consultant in Morocco.

One Response to Moroccan Youth Take Initiative To Reform Society