Moroccan Women: What Real Change Has Been Secured? 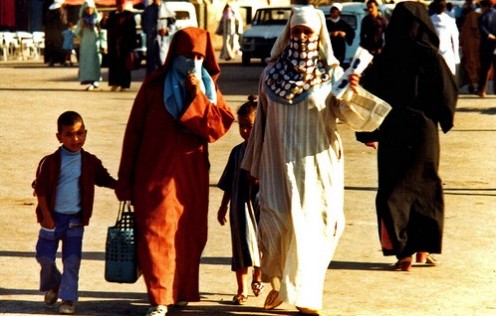 The new Moroccan constitution strengthens the role of the prime minister, allows for greater independence of the legislature and the judiciary, and offers protection of individuals’ rights with special recognition of women’s rights and Berber rights. The King retains crucial executive powers: he has the ability to fire ministers and dissolve the parliament, he will chair the new body that oversees the judiciary as he remains commander in chief of the military and the country’s religious authority. The Arab Spring has proven that change can come from citizens. But the question I’d like to focus on is what specific change does it bring for women in Morocco?

A discussion about how the constitutional reform influences gender equality must include mention of past measures. Since 2000, growing activism in civil society, in particular Moroccan women’s associations, human rights organizations, and feminist groups, plus the liberal character of the King have improved the situation of women. A new family code, known as the Mudawana based on the Malikite School of Islamic law, governs the statutes of women under civil law. It emphasizes equality between men and women and confirms joint responsibility of the husband and the wife.

The code gives women the right to repudiation and simplifies divorce, raises the legal age of marriage for girls from 15 to 18 and allows for free choice of spouses and abolishes polygamy. After divorce women are given custody of children and are entitled to money. Family court judges and the patriarchal mentality have impeded the full implementation of the new family code as women continue to suffer from discriminatory practices, inequality, violence and abusive actions.

In the past decade efforts were made by the state as well as civil society activists to fight gender based violence. For instance, information centers for women have been created, special training in women’s rights is available for lawyers and judicial assistance is offered to women who are victims of violence.

As a member of a human rights association, I believe what is needed is more collaboration between the government and women’s associations to create a strong network of services for women. The network should offer support to women in reporting violence to the police, obtaining medical service and achieve justice–helping so women gain self-esteem, autonomy and feel empowered to be active in society. The state should bolster the work of NGOs, especially in providing access to these services for women living in smaller towns.

The gains for women in the past decade have resulted in greater representation in decision-making positions, as noted by Moroccan feminist and scholar Fatima Sadiqi: “women are increasingly taking up national and local political posts and becoming more involved with the judiciary.’’ A change in the quota system for elections helped in the development of the presence of women in political arena. The 2009 local elections showed a 12% quota for women.

There is hope for further increase in the political participation of women with the recent constitutional reforms. Article 19 of the 2011 constitution makes men and women equal citizens in law–this article is a tribute to the effectiveness of the work of women’s associations and human rights associations leading up to the Arab Spring. Article 19 guarantees men and women equal social, economic, political and environmental rights as well as equal enjoyment of civil rights. Further, the constitutional reform creates an “Authority for Equality and Fight against all Forms of Discrimination” which will put into practice the constitutional recognition of equal rights. Even the existence of this on paper is an essential step to reinforce the presence of women everywhere in the state. The challenge now is in the implementation of the provisions provided by the new constitution–that is, to make the dream become reality.

Souad Belhorna is from Fez, Morocco. She holds a Bachelor degree of Arts in English and a Master degree in English with a specialization in women’s and gender studies from the University of Sidi Mohammed Ben Abdullah, Fez. She is currently preparing a dissertation in fulfillment of the requirement of the PhD degree on women and development under the title “Women of the Shadows in Focus: Analyzing the Participation of Women in the Informal Sector and Poverty Reduction, Fez as a Case Study”. Belhorma holds certificates from various courses on women’s rights, human rights, gender based violence, youth awareness, both at the national and the international level.

The full version of her article is published on the respected Womens News Network.