“Mirror, Mirror, Who’s The Fairest of Them All?” 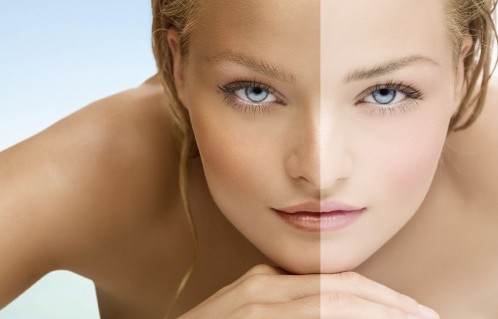 During the Eid celebrations this week, aunties gathered in one of the upstairs bedrooms deciding how to distribute presents to the children. Holding up a dress, one of them proclaimed: “There’s no point giving the pretty dress to that baby, she is too dark. Whatever she wears will look ugly on her. Better to give it to the fairer one, she always looks so pretty.”

I felt anger that a baby could be called ugly, and a more visceral rage that darkness was being equated with ugliness. I felt protective towards this baby who I didn’t know. Being born into a surrounding with these attitudes meant she was due to suffer a double setback – growing up with those who diminished her worth because she is “dark”, compounded by the fact she would be the dumping ground for poorer gifts, opportunities and respect.

This is not a one-off story, but an attitude so embedded in subcontinental culture that people take it as a given that white is better. White females are more prized as wives and daughters-in-law, snapped up in the marriage market, like sheep or cattle.

The whiteness has nothing to do with the beauty of the features. It’s just the colour that is important. White is seen as successful, connected with status and wealth. It’s a trend that echoes across the Far East as well as in the Middle East.

A survey by Asia Market Intelligence revealed that three quarters of Malaysian men thought their partners would be more attractive with lighter complexions. In Hong Kong, two thirds of men prefer fairer skin.

Wherever such deeply-rooted cultural attitudes exist, the commercial world is never far behind. Products that promise to lighten and whiten skin are rife, promising professional and personal success and marriage.

The global skin-lightening market is predicted to reach US$10 billion (Dh36.7bn) by 2015. And a Datamonitor report released last month says the market for skin-whitening products grew 16 per cent year on year between 2005 and 2009.

Some of these products contain horrific ingredients such as mercury in mind-boggling quantities, such as 65,000 times the acceptable limit, which can cause vomiting, coma and even death. The fact that many women feel compelled to use these cosmetics despite the health risks, spending a considerable proportion of their income especially if poor, and in some cases contravening bans that exist on such products in many countries, is testament to the intense pressure facing women to whiten up.

At the other end of the market are products that are tested and found safe, usually from big-name brands. But experts suggest that while they do no harm, they are unlikely to do much whitening. If they were, wouldn’t these countries be swimming in white people by now?

But white-skinned people don’t want to look tanned in order to look Asian or Black, whereas for brown-skinned people being called “white” is the ultimate compliment.

At the same Eid gathering as the shocking baby incident, a wedding album was passed round. The bride’s face was ghoulish beneath chalk white foundation. “So beautiful!” gasped the aunties. “So white!” But the only face that was actually white in a roomful of brown Asians was mine: white with disgust.