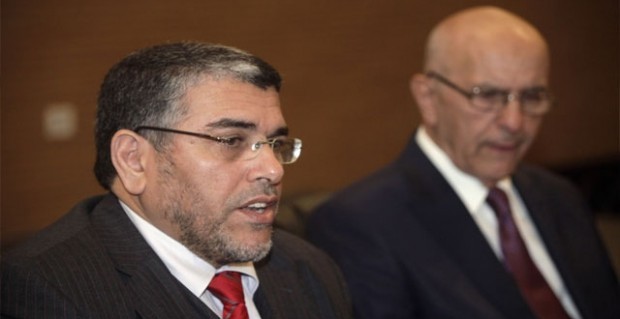 Justice Minister Mustafa Ramid has only just come in to office in the new PJD led government but it has not taken him long to cause general embarrassment. As a a tourism official in Fez (who declined to be named) said, “At a time when Morocco is struggling to rebuild its tourism industry, Ramid’s careless comments are the last thing that is needed.”

The Moroccan minister has caused a lot of red faces in Marrakech. Even more worrying for Moroccan tourism, his unfortunate and bizarre remark has gone global with coverage in mainstream and social media including international television.

The remark – “People from all over the world come and spend a lot of time sinning and being away from God,”  – was delivered in public by Justice Minister Mustafa Ramid during a visit to a Koranic school in Marrakech. He did not elaborate on his comments.

It is expected he will be taken aside and given a little friendly advice from more experienced politicians. His obvious problem was well summed up by the Moroccan Internet news site, Goud.ma –  “Islamist ministers are having trouble casting off their religious clothes and dealing with their ministerial jobs” .

Last year, just over 9.3 million tourists visited Morocco, presumably many of them are guilty of a little sin in the red city. It also seems clear that the minister has not a lot of real life experience. Maybe a holiday in Rio, Sydney or Amsterdam would help him comprehend the world the rest of us live in.  Inshallah.

One Response to Minister’s Gaffe ‘A Blow’ To Moroccan Tourism