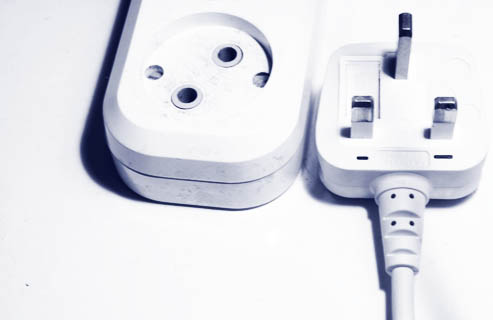 I have written in the past many articles about the culture shock expatriates feel when coming to Saudi Arabia for the first time and experiencing a culture totally unlike their own.  Reverse culture shock is also very real.  When an individual has been away from their home country for multiple years after living in a different environment, it can be equally challenging to face reverse culture shock on coming home.  I’ve experienced reverse culture shock and find myself even now still grappling at times with the changes between life in USA and life in KSA.

Life in the States is faster paced and direct.  Unlike Saudi where one will usually exchange pleasantries over aromatic kawa (Arabic coffee) while munching on tasty biscuits (cookies) before getting down to business, in the US a meeting will be scheduled for a specified time and no one wants a second wasted on getting to the point  of the discussion.  Apart from the business world and ways that business is conducted, I think in the States one from an opposite culture may have their senses assailed from the wide variety of choices.  For example, there may be a small section in a Saudi supermarket with perhaps 10 differing kinds of salad dressings from which to choose yet by comparison in the US a complete aisle can be dedicated to salad dressings alone!

Outside of the Kingdom a Saudi mom can take her children in her car to a local park where they can enjoy an afternoon of play.  The mom is not hampered by an abaya and can easily chase her children in play.  The Saudi family can go to movies at local theatres whether an afternoon matinee or an evening show.  They can sit together as a family and enjoy the movie while munching on popcorn.  Mom and Dad’s can go together to their child’s school and watch their child participate in school programs and sports activities.

It is natural to interact with all the other parents too.  The Saudi mom can go out at any time with or without her husband and feel the fresh air and sunshine shining down on her face.  If she wants too, she can take her children out for an outing of mini-golf or some other enjoyable activity on her own.  There are also numerous play groups and day care centers for the children to interact with others and mom’s to make new friends easily.

However on return to Saudi Arabia the Saudi family must revert back to conformity of segregation, abide by cultural expectations of dress code and fewer choices or opportunities for open social interaction.  Even my own late husband remarked on the challenges he faced after having been outside of the Kingdom for 10 years.  He was never disloyal to his country but missed many of the freedoms and choices that were available outside.  We both felt that Saudis and individuals outside of the Kingdom were in general more relaxed and at ease whereas many Saudis were always tense and had a fear of being watched and judged.

What can a Saudi who has been away from the Kingdom do if they would like to retain aspects of when they lived outside of the Kingdom?  Where can they go?  How can they have greater interaction with the expatriate community if they wish to do so?  A Saudi can start by having contact with the local embassy of whichever country they had come from.  Identify themselves as former expatriates of that country and state the desire to participate in any social activities offered by the embassy.  Attend many of the lectures and functions that take place in the local community by expatriates which can provide opportunities to network and get to know the expatriates.  This is turn can lead to invitations to family activities similar to those experienced outside of the Kingdom.  Most expatriate women would welcome the opportunity to get to know Saudi women.  Don’t be hesitant to say ‘Hello’ to an expatriate woman which is another way of leading to possible friendships.

There are activities which can take place in the Diplomatic areas, expatriate compounds or Saudi schools where Saudi nationals can also participate.  However in many cases a Saudi usually needs to know an expatriate to receive an invitation or be informed of such activities.