Rising Wave of Saudi Spinsters, the Shame of Divorce 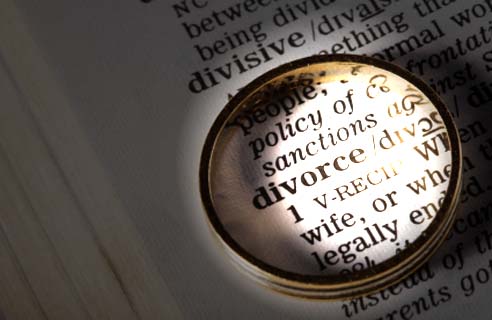 For a variety of reasons, Saudi women are not finding the institution of marriage a compelling one.

Arab News reports that in four years’ time, there will be four million ‘spinsters’. Assuming the usual definition of the term, that’s women who have never been married, with a subtext of never really wanting to be married.

A factor not mentioned in the article, though often offered to me by Saudi women, is that many Saudi men don’t meet the women’s expectations. Low levels of education, too tied to traditions, unwillingness to allow their wives to work or even study. Marriage, even Islamic marriage, is seen as the merging of two individuals into one couple (well, in the case of polygamy, several couples, but polygamy is falling out of favor for its own variety of reasons).

If there is no sense of equality between partners, then marriage seems to lack a basic necessity. Keeping parents happy by producing grandchildren isn’t sufficient incentive.

JEDDAH: Abdul Aziz Al-Fouzan, a member of the government’s Human Rights Commission (HRC), said the number of single Saudi women over the age of 32 is expected to grow to four million by 2015.

The HRC estimates the number of spinsters (defined, says Al-Fouzan, as single women over the age of 32) to be at least 1.4 million.

“This means that there is an unmarried woman among every 16 Saudi women,” he said in a recent lecture. “There are a variety of reasons behind this phenomenon including unemployment, a housing shortage and obsolete social traditions.”

The number of single women in this age category is higher in the cities than in the countryside, he added. He, however, cautioned against assuming marrying girls is the cure for the problem.

Currently being debated in the Kingdom is the issue of limiting marriages of minors — defined as anyone under the age of 18 — to address the issue of girls being married off to old men, in some cases so that fathers can settle debts or lay claim to dowries.

If many Saudi women are finding the institution of marriage unattractive, women who try it and then leave it find the going tough as well.

This Arab News report focuses on the social discrimination Saudi divorcées face, whether from society at large or from their own parents. The article notes that many divorced Saudi women find it preferable to be a second, third, or even a ‘temporary’ wife as that provides them with an ID that is better received than mere ‘divorcée’.

JEDDAH: To be a divorcee in Saudi society is like having a scarlet letter burned on the chest. Many women who happen to leave marriages are forced into a life of shame; for some this is so much that they remain perpetually hidden behind closed doors.

One thing that is for sure is that society fails to give these women a chance to breathe; they are spoken about and made to feel awkward wherever they go. “Nobody educated me about the next step after getting married and I blame my parents for that,” said Nadia Al-Otaiby, a 38-year-old divorcee. “I asked for a divorce only one month after I got married because I found out that the man I married was impossible to live with. There were also some other reasons which I prefer keeping to myself,” she said.

“Imagine what people said about me when I got divorced just 30 days after getting married. Now I’m forced to walk shamefully whenever I leave the house as if I did something wrong,” she added.

One Response to Rising Wave of Saudi Spinsters, the Shame of Divorce