Saudi Arabia and Its Women: The Need for Change 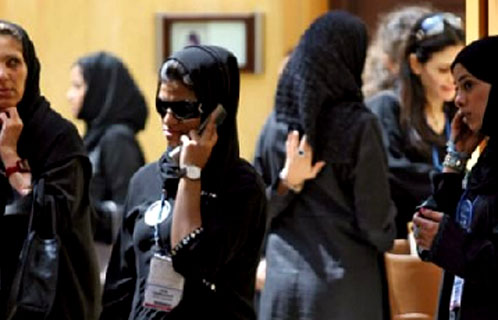 “Saudi Arabia is not yet ready for women to participate in the upcoming municipal elections on 23 April.”

The election commissioner made this bold statement late last month, referring to women’s roles as both voters and candidates. Two years earlier, however, the first female deputy minister was appointed, and in 2005 officials from the Ministry of Municipal Affairs promised that women would be able to participate in the 2011 elections.

This type of “one step forward, two steps back” behaviour means that Saudi women are still being denied their full rights as citizens. There are important currents of change and signs of hope for improved women’s rights in Saudi Arabia, however, reform driven by economic necessity and legislative change is not enough. Saudi Arabia requires a shift in the way people think about women.

The announcement by the Saudi king two years ago that reforms – such as codifying and standardising laws, establishing family courts and giving female lawyers the right to represent female clients – would be implemented in the justice system is encouraging. With the current lack of transparency and public discussion, however, we don’t know who is implementing these reforms and what exactly is being reformed.

Several government-backed institutions, such as the Khadija bint Khowailid Center for Women at the Jeddah Chamber of Commerce, are providing valuable studies and recommendations that support and guide the reform process, especially in the area of women’s empowerment through training and job opportunities. Lobbying at the relevant government ministries, they are changing the regulations that restrict women’s employment opportunities. For example they have opened the door for women to work in retail stores and factories.

Yet remaining challenges include social objections to gender-mixing in the workplace, the types and levels of jobs women can occupy and the stipulation that a male guardian must grant permission for a woman to work.

What is it about Saudi Arabia that it insists on treating women as second-class citizens?

Claims that the restrictions imposed on women are Islamic, especially the power given to the male guardian over every aspect of their lives, are inaccurate. In the early days of Islam, women played a leading role in supporting the Prophet Muhammad, advising him and spreading his message. In fact, his wife Khadija managed her own business and was the first person to believe in his message. And many other well-respected women have had prominent roles in government, politics and society throughout Islamic history.

The problem lies with conservative traditions and narrow interpretations of religious texts with no margin for differences of opinion.

The point for many religious conservatives is to keep women out of the public domain. However, the idea that the mere presence of a woman is a threat and could lead men to sin is insulting and demeaning to women. Women are more than just their bodies. They are complete human beings that can mentally and intellectually compete with the best of men.

Women need to be not only in the work force, but in positions of decision-making.

With the current upheaval in the Arab world, as both men and women have taken to the streets demanding democracy, justice, equality and freedom of expression, it is ridiculous that we are still debating whether women should be permitted to drive, travel alone and make their own decisions.

For far too long, extremely narrow interpretations of Islamic law and traditions have hindered women’s advancement. A major overhaul in the Saudi education system – from elementary to university levels – is needed. At a very young age, a Saudi boy learns he is privileged simply for being born male. But a young girl is ingrained with the belief she is the lesser because she is female. A curriculum for girls that is similar to boys’ would provide them with the same skills and knowledge. A religious and Islamic history curriculum that highlights women’s roles and contributions, as well as their rights in accordance with Islam, would raise awareness and instil better attitudes and treatment of women.

A comprehensive awareness campaign on equal rights, based on sharia (Islamic principles of jurisprudence), is also crucial. Educating society about the rights of women concerning education, marriage, child custody, inheritance, ownership, business and other things is key to creating a society that can truly claim it adheres to Islamic principles.

Until Saudi Arabia implements this grassroots renaissance backed by a reform in education and judicial system, it will continue to live a dichotomy of modern facilities but mental stagnation.

Maha Akeel is a Saudi journalist. This article was written for the Common Ground News Service (CGNews).

One Response to Saudi Arabia and Its Women: The Need for Change