Yusuf Islam Reflects on Morocco, Islam and the Arab Spring 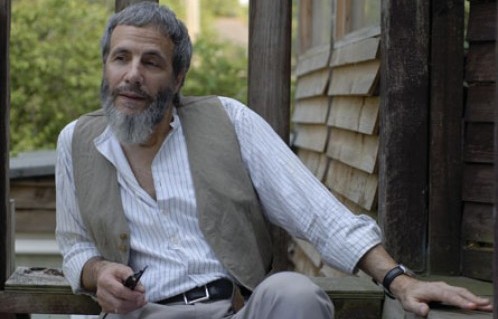 “I hope to sing some songs which remind people of the message that I always try to bear, that of peace and understanding to make this world better,” Yusuf Islam, formerly known as “Cat Stevens”, said in an interview, on Sunday.

Yusuf Islam, a name he adopted since he converted to Islam in 1977, said his fans in Morocco will have a chance to enjoy some songs about love from his rich repertoire. “It is not necessarily a specific love,” he explained. “It has to do with a universal love.”

He spoke with fond nostalgia about his visit to Marrakech in the 1970s, which, he said, was a part of a trail followed by renowned artists of his generation, such as Jimi Hendrix.

“Morocco is a mysterious place if you are coming from the outside. There are a lot of things to learn,” the legendary singer said, recalling that it was in Morocco where he wrote his two songs: “how can I tell you” and “If I love”.

“In the beginning, I climbed a lot of mountains and achieved many of my dreams in the musical world, but there was something missing, which was the spiritual part,” he explained, noting that this part has “illuminated” many of his songs.

“When I finally found some of the beautiful answers, which I have been looking for, in the Quran, my life improved. At that pointed, I decided to start a family and then I began my work in education and didn’t have much time for music,” he went on to say.

After years of tireless devotion to education and humanitarian work, Islam realized that something needed to be done “to revive the original spirit of the religion,” deploring that the projected image of Islam has been distorted because of what he termed “the silence of the majority.”

“The majority happens to be residing in the middle, but we need a spokesman and Islam needs to revive the original spirit of religion which comes directly from the word ‘Salam’ ,” Yusuf stressed, saying that “every Muslim when he meets another Muslim or a group of people, the first thing to say is “peace” and the last word is “peace”. Therefore, he added, “this message needed to be communicated”.

For him, singing is “a way of healing and connecting” with fans, whom he left in the 1970s. “Sometimes we need music just to heal,” said the London-born artist.

Speaking about his spiritual awakening and the misunderstanding he fell victim to, Yusuf said that when he embraced Islam he “was looking for the spiritual,” but when “politics came in the way” his choice was perceived by some people “to be something of fracture” in his life. This, he said, led him to write songs such as “don’t let me be misunderstood.”

As a son of a Greek Cypriot father and a Swedish mother, Yusuf said he started learning about other culture since an early age to realize that “peace is the elimination of conflict”. To advocate peace and build bridges between different cultures, he explained, “sometimes you need music, sometimes you need to hear the right word”.

Yusuf called for more efforts to be geared in this direction, commending, in this regard, Mawazine festival which offers “a great moment of sharing.”

On the popular uprising in some North African countries and other parts of the Muslim worlds, Yusuf said that the region is going through “an awakening,” reminiscent of the 1960s. “Everybody has got the potential to try to fulfill their lives in the way that they choose without hurting or diminishing anybody else’s right to the same.