Turkey and Israel: A Thaw’s In the Air 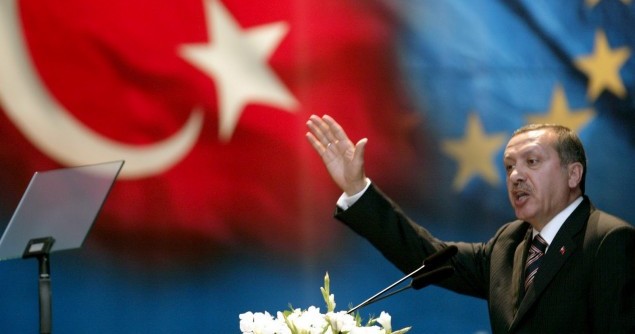 An Israeli-Turkish rapprochement is unmistakably underway, but unlike the heyday of their political alignment in the 1990s, the revamped relationship is likely to be more guarded and pose a greater challenge to Turkey rather than Israel.

Israeli media last week referenced a report by Turkish newspaper Radikal regarding secret talks between Turkey and Israel that could yield an Israeli apology for its army’s raid against the Turkish aid flotilla, the Mavi Marmara, which was on its way to Gaza in May 2010. The assault resulted in the death of nine Turkish activists, including a US citizen.

The attack led to a crisis unseen since the rise of the Turkish-Israeli alliance starting in 1984, which became a full-blown strategic partnership in 1996. But that crisis didn’t necessarily start with the Mavi Marmara deadly attack, or previous Israeli insults of Turkey. Nor did it begin with the Israeli so-called Operation Cast Lead against besieged Gaza in December 2008.

According to the Radikal report (published in February 20 and cited by Israeli newspaper Ha’aretz two days later), Israel is willing to meet two of Turkey’s conditions for the resumption of full ties: an apology, and compensation to the families of the victims. “Turkey has also demanded Israel lift the siege,” on Gaza, Ha’aretz reported, citing Radikal, “but is prepared to drop that demand”.

The reports of secret talks are not new. Similar reports had surfaced of talks in Geneva and Cairo. Turkish-Israeli reconciliation has, at least for a while, been an important item on the US foreign policy agenda in the Middle East.

Fiery rhetoric aside, the signs of a thaw are obvious. Writing in Al-Ahram Weekly on January 16, Galal Nassar said that Tel Aviv was working “its idiosyncratic ways to patch up what it regarded as a passing storm cloud in its relations with its friend, and perhaps strategic ally”.

Turkey, responded in kind, in its decision “to lift its veto against Israeli participation in non-military activities in NATO”.

Leaked news of a political settlement are not the only headlines related to this topic. There is also the matter of military and economic cooperation, which are even more common. FlightGlobal.com reported on February 21 that the Israeli government has agreed to the delivery of electronic support measures equipment “to be installed on the Turkish air force’s new Boeing 737 airborne early warning and control system aircraft.”

Meanwhile, a large Turkish conglomerate, Zorlu Group, “has been working in recent months to convince the Israeli government and the Leviathan gas field partners to approve energy exports to Turkey,” The Marker has learned, as reported in Ha’aretz on February 14.

This is only the tip of the iceberg. If these reports are even partially credible, Turkish-Israeli relations are being carefully, but decidedly repaired. This stands in contrast with declared Turkish foreign policy and the many passionate statements by Turkish Prime Minister Recep Tayyip Erdogan and other leading Turkish politicians.

Following a November 16 Friday prayer, The New York Times reported from Istanbul that Erdogan denied any talks between his country and Israel regarding resolving a crisis instigated by another Israeli assault on Gaza. He went even further, “We do not have any connections in terms of dialogue with Israel,” he reportedly said. At a parliamentary meeting few days later, he described Israel’s conduct in Gaza as “ethnic cleansing.”

On November 20 last year, Turkish Foreign Minister Ahmet Davutoglu was in Gaza on a solidarity visit, along with an Arab League delegation in an unprecedented show of solidarity. In a strange contrast with the spirit of his mission, however, “Davutoglu suggested to reporters that back-channel discussions had been opened with Israeli authorities,” according to the Times.

The question is whether the ruling Justice and Development Party (AKP) be able to sustain its still successful brand in the Middle East given the apparent Turkish turnabout and if full rapprochement is in fact achieved. The AKP’s popularity was largely achieved as a result of its pro-Palestinian policies.

It must be made clear; the strong and growing pro-Palestinian sentiment in Turkey is not the outcome of a self-serving political agenda, neither of the AKP nor of any other. The support for Palestinians was most apparent in the June 2011 elections, which was convincingly won by the Erdogan party.

“Turks voted on two ‘p’s’ – their pocketbooks and Palestine,” Steven A Cook wrote in the Atlantic on January 28. “Erdogan, who plans to be Turkey’s president one day and who believes that the AKP will be dominant for at least another decade, is unlikely to be receptive to a substantial improvement in Ankara’s ties with Jerusalem.”

If the centrality of Palestine is so essential to Turkish political awareness, then no ambitious politician – for example, Erdogan, Davutoglu or President Abdullah Gul – are likely to gamble with a major departure from their current policies.

That might be entirely true if one discounts the Syria factor, which along with the so-called Arab Spring has complicated Turkey’s regional standing. Until two years ago this was predicated on reaching out to Iran, Syria, Libya and other Middle Eastern partners.

For years prior to the current turmoil, Turkey had cautiously yet cogently adopted a new foreign policy that aimed at balancing out its near total reliance on NATO and the West in general. It mended its ties with its immediate neighbors in the East, including Iran, but polarization created by the Syria civil war has ended Turkey’s balancing act, at least for the time being.

Turkey’s request for the deployment of Patriot missile batteries along its border with Syria, its role in supporting the Syrian National Council and its attempt at coaxing various Kurdish groups in northern Iraq and Syria are all proving consistent with old Turkish policies. Indeed, Davutoglu’s zero-problems with neighbors doctrine is but a historical footnote.

The Syrian war has placed Turkey back within the Western camp, although not with the same decisiveness of the past, when Turkey’s generals discounted all other alliances in favor of NATO’s.

This represents an opening for Israel, which with the support of US President Barack Obama’s new administration is planning to translate it into some measure of normalization. The degree of that normalization will depend largely on which direction the Syrian civil war heads and the degree of receptiveness on Turkish streets in seeing Israel once more paraded as Turkey’s strategic partner.

Some commentators suggest that Egypt’s own foreign policy towards Israel – Egypt currently being the main country in the Middle East with the ‘leverage’ of talking to both Israel and the Palestinians – is depriving Turkey from a strong bargaining position within NATO.

By having no open contacts with Israel, some suggest Turkey is losing favor with the US and other Western partners. Interestingly, Israel’s planned apology, according to Radikal, is supposedly timed with Obama’s visit to Israel in March.

Neither Turkey and Israel, nor the US and NATO are able to sustain the status quo – the rift between Israel and Turkey – for much longer. But returning to an old paradigm, where Turkey is no longer an advocate of Palestinian rights and a champion of Arab and Muslim causes, could prove even more costly. There can be no easy answers, especially as the region seems to be changing partly through unpredictable dynamics.

Erdogan and his party may eventually concoct an answer. This could include Israel and a new set of balances that would allow them access to both East and West. But that answer would no longer be the upright, high-minding politics Erdogan constantly advocates, but instead good old self-serving policies and nothing else.