Soap Operas: The New Front on the ‘War on Syria’ 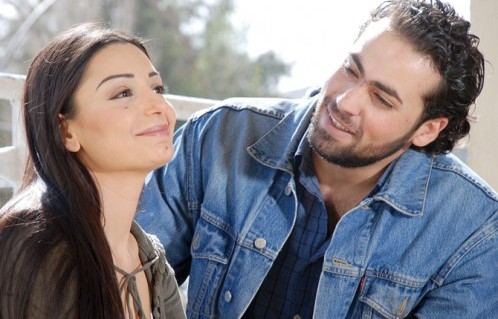 While Saudi Arabia has not made many public statements about the situation in Syria, Chinese new agency Xinhua report, it is making its displeasure felt in other ways. Saudi satellite TV channels, all with connections to the Saudi government, are boycotting Syrian soap operas! Syrian musalsalat or series, have overtaken Egyptian ones in both number and quality—and Egypt is having its own political problems in even making the series.

DAMASCUS, July 9 (Xinhua) — It appears that Syria’s once- flourishing soap opera industry is losing its glory and sliding into a recession after Arab television networks and satellite channels declined to buy Syrian soaps in retaliation for Syrian actors’ positions towards the country’s current political crisis.

Since the eruption of protests in Syria in mid March, Syrian actors and actresses have shown conflicting attitudes towards the events, with some of them supporting the protests while others openly backing the Syrian government and attacking the protests as aiming to undermine the country.

Syrian actors complain that they have been boycotted by Arab TV satellite channels owned by wealthy Saudis and Qataris, whose governments are now maintaining cool relations with Syria. The reason, they said, is their overt backing of the Syrian government and the reforms announced by Syrian President Bashar al-Assad.

Abdul-Rahaman Abu al-Qassem, a prominent Syrian actor, confirmed to Xinhua that the Syrian drama industry has been ” greatly influenced by what is happening in Syria,” noting that most producers depend on the Gulf funds in this respect.
…

Syrian soap operas are also a topic at the Economist newspaper. It reports on the rise in popularity of the Syrian dialect of Arabic. Not only is the dialect used in the soaps, but it is increasingly being preferred in dubbing foreign TV shows from Turkey and Europe. The article notes that there are regional differences at play, though. Many TV shows, primarily out of India and Pakistan, are being dubbed in Gulf dialect for Gulf audiences. The article notes that Iran, as a means of extending its political reach, is promoting the use of Syrian dubbing as Syria is its sole ally in the Arab world. So, the boycott of Syrian soaps may be hitting two birds with one stone.

EVERY Arabic-speaking country has its own lively dialect, each one a world away from the classical Arabic of the Koran and the modern, sterile-sounding version used by pan-Arab channels such as Al-Jazeera. Some have much in common; the Levantine tongues of Syria, Lebanon, Jordan and Palestine, for example. Those of Morocco and the rest of the Maghreb are gobbledygook to many Arabs. Fast-paced Egyptian, with its abundance of jokes and puns, is the cockney of the Arab world.

Egypt has long dominated the Arab film industry and with it, the world of dubbing. But thanks to the increasing popularity of Syrian musalsalaat, or soap operas, filmed on location rather than in studios, the Syrian vernacular with its soft lilting tones is on the up. It is used in everything from “Bab al-Hara”, a saga about a Damascene neighbourhood under the French mandate to programmes dealing with Islamic extremism and adultery. Even Turkish soap operas such as Gümüs—Nour in Arabic—have been been dubbed into Syrian. The Syrians have been faster on their feet commercially when it comes to dubbing, and have offered cheaper rates than the Egyptians, where much television output is still in the hands of lumbering state broadcasters. Many also think that Syrian Arabic is closer in sound to classical Arabic, so more appropriate to a pan-Arab audience.