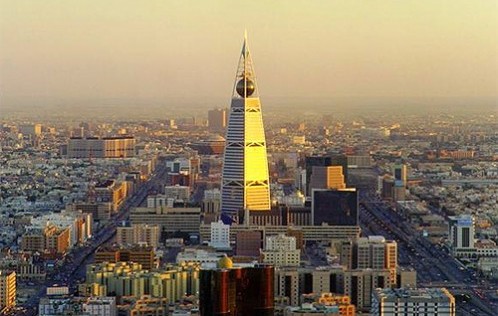 Ahmed is a precocious seven-year-old boy who idolizes his father and has a knack for mastering electronic games before any adult in the family. His home in the Saudi city of Madinah is filled with cousins ranging in ages from one to 16. Whenever the aunts gather at the end of the day, they often speculate about whom the kids should marry when they come of age.

Ahmed’s name never comes up. The boy was born out of wedlock and adopted by his loving family. The unspoken truth in the household is that Ahmed’s ability to find a wife is in doubt. Few Saudi families have an interest in marrying their daughters off to a man considered the “seed of the devil.”

For Ahmed, he carries the sins of his parents. And in Saudi society, so will his children.

“Someday he will wonder why his future is never discussed like his cousins,” his aunt, Umm Sultan, told The Media Line. “That’s the day he will know that he is different.”

Islam is specific about children born out of wedlock. They are not responsible for the actions of their parents. They are not sinners. They can lead prayer and Muslims must treat them with compassion and equity. However, Saudi Arabia’s tribal society not only stigmatizes orphans but also reserves a special brand of discrimination against abandoned illegitimate children. Although these infants may be born in hospitals and prisons, most end up in garbage dumpsters. Social workers often identify them as “anonymous babies” or “pickup babies.” Worse, many in Saudi society label them “seeds of the devil” and their voices “Satan’s flutes.”

It’s a stinging indictment that never goes away, according to Wafa Al-Shamari, director of Public Affairs for King Saud Hospital and the Ministry of Health in Jeddah.

“Those terms stigmatize the children and contribute to their isolation,” Al-Shamari told The Media Line. “It makes them more like aliens who don’t belong to the society when they are simply kids with special needs.”

The Saudi Ministries of Social Services and Health are reluctant to release figures of abandoned children born out of wedlock. However, the government recorded that orphanages in the kingdom had 621 abandoned children under the age of six and 1,045 between the ages of seven and 17 in 2005, the last year statistics available. In 2007, local health agencies registered 280 abandoned children, a slight uptick from 278 in 2002. In Makkah, the Umm Al-Qura Women’s Welfare Society cares for 90 illegitimate children, according to the ministry.

In April, the Social Affairs Ministry revealed that orphans with living parents accounted for 20% of all Saudi children. The ministry did not provide an exact figure, but it classified the children as “social orphans” that in addition to being born out of wedlock, include minors involved in custody disputes, come from an abusive environment, are homeless or have parents unable to provide proper care.

“Society is divided into two groups: the majority who look down on out-of-wedlock children and hold them responsible for a sin they haven’t committed, and the minority who treats them with extreme sympathy that again negatively reflect on their attitude towards the society and their feelings about themselves,” Al-Shamari said. “The children perceive themselves as sinners and ask questions about why society is treating them like this.”

Discrimination is so extreme that families are willing to adopt an orphan when the parents are known, but won’t take a child whose parents are anonymous. The result is boys remain in orphanages until they reach puberty, while girls may never leave. Only the unlikely prospect of marriage, which guarantees the woman a legal guardian, will save girls from living their entire lives in an institution.

The Saudi government compounds the discrimination by denying orphans the right to carry their adopted family’s name. Ahmed, for example, carries no tribal or family name. He has a series of first names given by the Social Affairs Ministry and two names given by his adopted parents.

When the boy receives his national identity card at the age of 15, his name will clearly identify his parentless origins. The administrators and the neighborhood mothers at his school already know his birth circumstances, with the likelihood that his fellow students will also discover it as well.

Further, according to the United Nations’ Committee on the Rights of the Child, illegitimate children receive fictitious names, such as “Saudi” or “Jeddawi” (from Jeddah), which calls attention to the circumstances of their birth.

It hasn’t always been this way. Al-Shamari says tribes once eagerly gave their name to the anonymous as a means of protection.

“Tribes in the Arabian Peninsula, including the one I come from, used to give the tribal [family] name to people who were Al-Sonn’a, or manual worker, as a source of protection, to obtain loyalty and to help them blend into society,” Al-Shamari said. “Wherever they go, the name protects them. The same concept can be applied now.”

Time has obscured the reasons why attitudes among tribes have changed, although the increasing complexities and layers of bureaucracy in Saudi government institutions since the kingdom’s founding in 1932 have contributed to the woes of illegitimate children.

Yet Amani Hamden, a Saudi national and adjunct professor and sociology and anthropology researcher at the University of Ottawa, told The Media Line that the Social Affairs Ministry has done a remarkable job of giving orphans lifetime benefits.

“I believe that Saudi Arabia had done a great job to support orphans in offering them housing, medical insurance and education for a lifetime,” Hamden says.

Indeed, orphanages throughout the kingdom feature state-of-the art educational equipment, including computers and audio-visual materials. The infrastructure is less institutional and more like a home. Buildings are modern with the clean interiors with carpeted floors, modern furnishings and all the comforts of an apartment. However, staff training is minimal at best with most employees paid low wages.

Last May in Madinah, six orphan girls between the ages of 12 and 18 received 10 lashes each following convictions for “acts of mischief” and assaulting the orphanage’s director. Muhammad Al-Awadh, a spokesman for the Social Affairs Ministry, told Reuters the ministry was powerless to intervene with a court order. The girls alleged that the director had harassed them.

“The employees forget that those children are not themselves and come from an abused background,” Mesha’l says. “The workers don’t come from an educational background. They have a high school education. They don’t understand how to deal with the children.”

While staff training remains a key issue to reforming institutional shortcomings, the Social Affairs Ministry has taken steps to help ease the stigma of illegitimate children. This month the ministry announced the illegitimate children born to unknown parents are full Saudi citizens.

Traditionally, the government denies citizenship to children born to non-Saudi fathers although the mother may be Saudi. Each orphan is granted a birth certificate and civil record numbers.

The ministry has yet to consider allowing orphans to take their adopted family’s name.

“We as social workers are not calling for mixing origins, like a son seeking his inheritance from his adopted father, which is against Islam, but for giving them known family names to help them blend into Saudi society,” Al-Shamari says

2 Responses to “The Devil’s Seeds”: Life’s Grim For Illegitimate Saudis