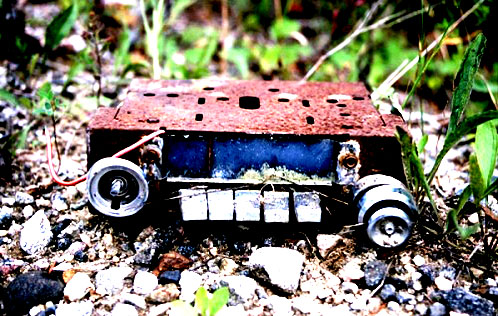 I’m not sure what made the marketing team over at the UAE’s National Bonds corporation think people wanted to hear the sound of women committing suicide, couples arguing bitterly or men drowning but that’s certainly what their new radio ads present to listeners. I may well be totally alone in this, but I find it unbelievably unpleasant and invariably turn the radio off when these ads come on.

There are a number of other ads which trigger the same reaction in me. It’s becoming increasingly a problem for my radio listening life, as I often forget to turn it back on again – and I generally enjoy listening to Brandy and Malcolm [on Dubai Eye’s Business Breakfast] talk business and bicker on the radio during my drive to work.

I have railed against the awfulness of Dubai’s radio advertising before (for instance, take this example of egregious sexism from LG). I’m sure I will again.

I am assured that it isn’t an issue unique to Dubai, that radio ads all around the world are also completely pants, but I can’t help but feel we’re in a league of our own. Of course, in my own weekly forays to the studio, I can’t switch the damn things off and have to sit, tied down to the squeaky high chair, and listen to them. One day I’m sure the mic will go live as I’m in the middle of one of my not infrequent ‘I hate all radio advertising’ rants at hapless co-host Desley.

So are we really being subjected to the worst radio advertising in the world today? Mark Makhoul over at Kuwaiti blog 2:48AM thinks he’s got the world’s worst example, linked here. It’s certainly special.

This one from a company called ‘SuperScreen’ in the UK is pretty dire, too. The last, triumphant call of ‘free parking!’ rounds it off nicely. Here’s another contender, a radio ad that can only have been produced by a group of people incarcerated in a highly secure institution for the long term mentally challenged.

This one (the one at the top of the search) is introduced by advertising commentator Dan O’Day, and features a burger and a sausage being burned to death. What’s remarkable (and the reason I included a whole search for Kingsford Charcoal’s advertising) is that it is by no means a standout moment of fail for the company’s advertising – it’s all utterly woeful. Take a look at the third one down and then the seventh if you really want to wallow in other people’s total failure to communicate at any meaningful level beyond deep irritation.

This ad from the UK’s Flintshire Motors takes it to a new level though. This is nothing less than the product of an incestuously conceived drooling nincompoop with a mental age of six who has been given a massive dose of LSD. I couldn’t even finish listening to it. It’s contagious – your draw drops and you start to shake your head and wail as the insanity infects you. It is undoubtedly the worst radio spot I could find on the Internet.

What worries me is it wouldn’t stand out if you played it on radio here. None of the ads linked above would. They’d just sink slowly into the puddle of odiferous mediocrity with a viscid ‘plop’ and never be seen again.

2 Responses to Radio: UAE, Home of the World’s Worst Ads?