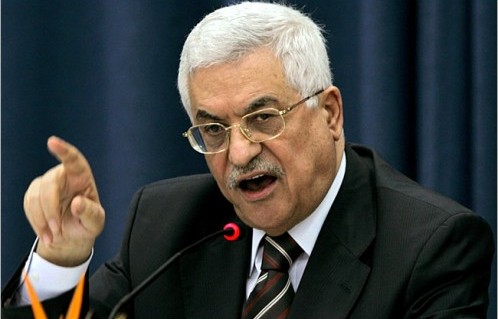 Palestinian President Mahmoud Abbas made a major speech on Friday making it clear to the Palestinians that the PA will seek membership in the United Nations at this year’s General Assembly meeting. The Palestinians (or more precisely the Fateh faction that controls the ever-shrinking Palestinian parts of the West Bank) are not going to the UN, as is often charged, to make an end run around negotiations with Israel. Abbas knows very well, and acknowledged in his speech, that only through negotiations with Israel can there ultimately be a change in the status of the Palestinians as largely stateless persons, a significant proportion of them descended from refugees created by Israel ethnic cleansing campaigns in 1947-48.

The reason for seeking recognition as a member nation of the UN is simply to gain moxie in those negotiations. The big problem of the Palestinians is that, being stateless, they lack moxie. Even Americans can go tomorrow to the West Bank and steal Palestinian land and resources, aided by an enormous US aid package for Israel and by unthinking, knee-jerk approval by the US government of virtually anything Israel’s rightwing government does, no matter how illegal in international law. If Israeli squatters move in, claim Palestinian fields, and dig deep wells that cause the Palestinian’s wells to dry up, what recourse do Palestinians have? They mostly can’t sue in Israeli courts because those courts are premised on Zionist principles of appropriating Palestinian land and denying Palestinians statehood.

Since Israel has the strongest military in the region and several hundred nuclear warheads, and since it has the absolute backing for almost anything it wants to do to the Palestinians of among the most powerful countries in the world (the US, Germany, the Netherlands, most often Britain and France, etc.), the Palestinians are helpless. Israel can conduct the Oslo accords with the Palestinians, and can promise to withdraw almost completely from the West Bank by 1999, but then can double the number of Israeli squatters on Palestinian land instead. And PM Binyamin Netanyahu can actually boast on camera about having destroyed the Oslo peace process. All this with impunity. Nothing the Palestinians can do about it.

Former Congressman Alan Grayson said during the health care debate that the Republican plan was “Don’t get sick; and if you get sick, die quickly.” The Likud Party’s (and worse, the Yisrael Beitenu Party’s) plan for the Palestinians is, “If you have your land or resources taken by Israeli squatters, drop dead or become a refugee once more.” That is what the slogan that Palestine is Jordan really means — it is a call for massive ethnic cleansing of 4 million people and relocating them to the barren Eastern desert of the Hashemite Kingdom. It is a war crime in the hopeful stages. So the Palestinians have no moxie. They don’t have a state, don’t have anyone they can depend on to do justice to them or effectively to get them justice. They are, and have been since the Balfour Declaration, royally screwed.

But if 126 out of 190 countries in the UN vote to make Palestine within 1967 borders a member state, then at least the Palestinians have some international recognition of their claims on statehood and on specific territory. (They often say that they were kicked out of 78% of their land, and are now willing to settle for 22%, but the Israelis aren’t even willing to let them have the 22%). Then when the Israelis annex ever more of the West Bank and flood the territory with Israeli squatters (who often receive cheap prefab housing from the Israeli government if only they will move there), then the Palestinians can have their new friends call the Israel ambassador on the mat.

Ultimately they might even gain the standing and respect to bring suit against Israel concerns that are benefitting economically from the theft of Palestinian land and resources. That’s the hope. It should be remembered that the Palestinian leadership was ambivalent about this step, and felt forced into it by the absolute intransigence of the Netanyahu government, which refuses to freeze Israeli settlements while negotiations are being held concerning the land the Israelis are squatting on. It would be like negotiating with someone about a piece of pie when they have a fork and are eating away at the pie, of which there is less and less left even as you negotiate for a piece of it.

The Palestinians are afraid that if the negotiations go on like this, at the end of them they will only get some crumbs of a stale pie crust, because the other party in the negotiations has gobbled up the very thing over which there were negotiations. Going to the UN General Assembly may or may not have any practical implications. But it is the least the elected leadership of the Palestinians could do. In all likelihood, the step comes as too little and too late, and the Israelis have probably already made a two-state solution impossible. If so, then the Palestinians face decades as stateless flotsam, open to being expropriated at any moment. It is an unstable situation, for the Palestinians and for the world.

If going to the UN contributes to a strengthening of the Palestinian hand and some sort of citizenship for Palestinians in something, then it will make the region and the world less unstable. It is that move to more stability that President Obama has pledged to veto. So the American veto will be a vote for instability and violence in the region, which in turn will spill again over onto the European and the American public.

One Response to Palestinian UN Move ‘Too Little, Too Late’