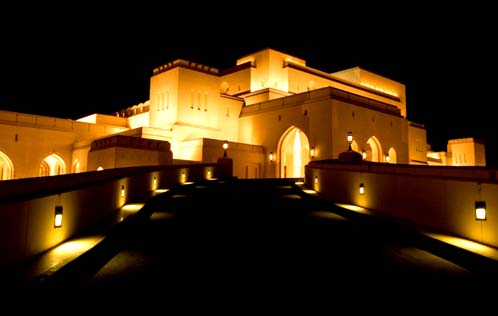 Think you’ve read enough Royal Opera House Muscat (ROHM) reviews these past few weeks? Well, here’s one more. Rest assured that this will probably be the only opera house column from my end of the country this year.

In 2001, His Majesty Sultan Qaboos bin Said – a lover of classical music – ordered the building of an opera house in Oman. At the time, it all seemed like a farfetched dream. Ten years later, his vision became a reality.

Before I elaborate further, keep in mind that I’m a devotee of classical music and arts as well. Just a few months ago I thought I was beyond privileged to see Swan Lake at the Royal Opera House in London.

Little did I know that before the novelty could wear off, I would be in possession of tickets to Swan Lake here in Oman, performed by none other than the famed Russian Mariinsky Ballet! In my own country! Only one hour by plane from my home in Salalah. That’s only 12 hours by bus, ten by car or nine days by camel, depending on your preferred method of travel. It’s a dream come true.

During my visits to Muscat in the past three years or so, I’d drive by the ROHM construction site and my heart would skip a beat from sheer excitement. The day the tickets went on sale in September and it was revealed that world-renowned Italian tenor Andrea Bocelli would be performing, I went online and almost had a nervous breakdown because the payment page didn’t appear to be working. I couldn’t just stroll into the box office because I live at the other end of the country.

I frantically tried the hotline and e-mail address provided on the ROHM website, but received no answer. They were overwhelmed with requests. I finally begged a friend living in Muscat to buy the tickets for me and after he posted them safely in the mail, he was promised they’d arrive within three days. Three weeks went by and my mailbox remained empty.

Oman Post had lost my tickets to the sold-out Bocelli concert (and you thought Najma al Zidjaly was the only Muscat Daily columnist with a Bocelli sob story?). My friend had to go back to the box office and get the tickets re-printed. Two weeks after I received the newly printed and couriered tickets, the old ones arrived in the mail. Do the math. It took over five weeks for a small envelope to reach Salalah from Muscat.

My story didn’t end at that. The day of the performance just happened to coincide with tropical cyclone warnings. My mother, brother and I were scheduled to fly up to Muscat on the day of the performance. As we drove towards Salalah airport, the palm trees lining the highway were bent backwards from the force of the wind and I started getting calls from people warning me that flights may be cancelled due to bad weather. With the performance only a few hours away, we began to lose hope.

Our flight finally took off and we landed in Muscat only to discover that the bad weather had followed us up north. It was pouring and we were stuck in the world’s worst traffic jam. Despite the drama, we reached our destination on time. All I can say is that the venue was incredible, the atmosphere was surreal and the performance was mind-blowing. Not only did Bocelli come back for several encores, but also received seven standing ovations. The whole experience was everything I’d hoped for, and more.

All in all, I am so proud of the progress Oman has made over the past few decades and the balanced choices we continue to make when it comes to development. Some people I know who were involved in the protests and sit-ins earlier this year claim they’re boycotting the opera house because they believe the money spent on the project could have been used to fulfill more of their demands.

To me, that is ridiculous. First of all, most of their major demands were fulfilled almost immediately. The remaining demands were either irrelevant or need more time to be studied. Furthermore, the ROHM project was launched in 2001, and it would be insane to stop in the final stages because a group of guys protesting on a roundabout want their debts cancelled. As harsh as my words may seem, that’s the reality of it.

As far as I’m concerned, the opera house will take tourism in Oman to a whole new level, thus boosting our economy and providing more jobs to Omanis. Isn’t that what we want?

ROHM is going to put Oman on the map in a completely different and very positive way. Just in the few weeks since the launch of the opera house, we’ve made it to Lonely Planet’s top ten places to visit in 2012, as well as National Geographic Traveller’s top 20 destinations for next year. And that’s just the beginning!

If that’s true, then it will become a centre for bridging cultures and fostering understanding. Music and arts have the potential to unite people regardless of their nationality or religion. There are no boundaries with the arts. It’s something most people on this planet can relate to. To sum things up, the ROHM is truly an inspiration, and I’m looking forward to the second part of the season!