Message to Myriam – ‘You Have Plenty to Be Modest About’ 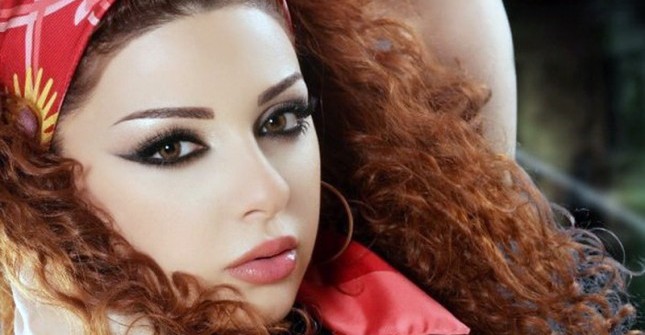 She may be Google’s top searched Arab celebrity of the past year, but maybe Myriam Fares should just let the media acknowledge it rather than personally boast about it herself.

It has not been a good week for the Lebanese singer; the 30-year-old has faced a barrage of criticism from Arab press and her fans following an appearance she made on Ana w Al Asal, presented by Neshan Der Haroutiounian every night during Ramadan on Al Hayat TV. Appearing on a live televised programme comes with risks – there’s no chance to edit out quotes or re-shoot an answer (remember when Egyptian singer Sherine infamously walked off the show in tears last year?), and perhaps Myriam should have thought about that.

She clearly didn’t listen to her PR rep or chose to be “open and honest”; either way, it certainly didn’t do her any favours in terms of her popularity.

Her first epic fail came courtesy of her wardrobe choice. While no doubt a beautiful, figure-hugging dress by UAE favourite Rami Kadi (and yes it was full sleeved out of respect for Ramadan), it was also made of 24-carat gold.

During the show, Kadi instagrammed a picture, saying: “The #queenofstage @myriamfares wearing a custom made dress embroidered in 24 carat gold in #anawelassal with @neshantv .”

The next day, bloggers and journalists were having a field day. Beirut.com wrote: “While you were watching Sunday’s episode of Ana w Al Asal in your pyjama pants, Lebanese singer Myriam Fares was pimping a 24-carat gold embroidered dress and diamond-encrusted mosaic earrings to host Neshan.

“The producers of the show may ask all female guests to wear long sleeves as a sign of respect during the Islamic holy month, but they obviously don’t care if the women are dripping with an obscene amount of excess. We’re not asking Fares to convert to Islam here, but just a tip: next time you wear a dress covered in gold on a Ramadan-themed television show, don’t also brag about your $120,000 designer bag in some lame attempt to throw your superficial consumer purchases in everyone’s faces.”

But that was just the beginning of it. Myriam’s inappropriate choice of attire probably would have slipped under the radar had she been modest in the answers she was giving. Not only did she boast about being the top searched Arab celebrity on Google, she also went on to claim she was incredibly popular online and had the most followers and likes on social media, saying that a lot of other celebrities “bought” fans online (she declined to mention who they were though). To put figures into perspective, at the time of going to print, Myriam had 455,125 followers on Twitter, while Nancy Ajram had 1,582,085 and Haifa Wehbe had 920,591. You do the maths.

However, the icing on the cake had to be when Neshan asked the star to rate herself on various traits, such as beauty.

“Did you know? I was voted the most beautiful girl at school!” she went on to brag, adding that she would rate herself a 9/10 on how beautiful she was. “It’s about attraction, and no-one is ever not attracted to me.” She also thought her femininity was a 9/10, while her intelligence was 7/10, because “you never stop learning”. Oh, the irony.

Fans of Myriam took to Twitter, with one saying: “Oh my God, Myriam Fares said that u used to be elected Miss Universe of her school. how lame!”, while another posted: “After watching Myriam Fares with @neshantv, I can say, she really wasn’t lucky doing that interview.”

Thankfully for Myriam, there were fans that stood by her and tweeted about how great she looked, but one thing’s for sure… it will do her reputation good to be humble the next time she appears on a talk show; otherwise, Google may have some bad news for her next year.