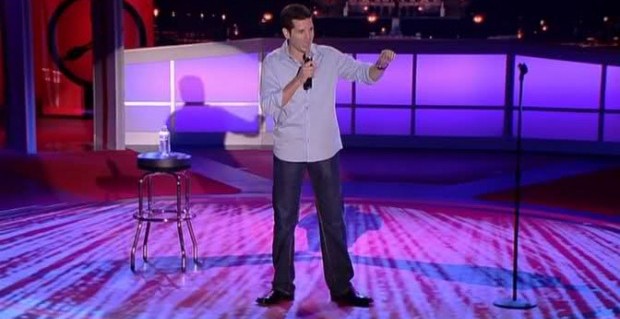 Before 9/11, the comedians struggled in a cutthroat environment where club owners, agents and promoters didn’t see the potential of this new-fangled Middle Eastern comedy. But when the media spotlight turned to their countries of origins after 9/11, their work began to generate tremendous interest. The exponential growth of their comedic output and audience— from the United States to the UAE— led to their global success, culminating in the formation of the Axis of Evil Comedy Tour, a satirical title alluding to the term former president George W. Bush used to describe the countries he believed supported terrorism.

Their material is based equally on the cultural whimsies and political dilemmas of the Middle East. In a Los Angeles interview I asked if their subject matter was a creative choice or if they felt obligated to be ambassadors of their heritage. Tehran-born, California-raised Maz Jobrani explained that they did not deliberately set out to deconstruct stereotypes about Arabs and Persians. “That’s not why I became a comedian. The moment you do material based on what’s expected, you give up your artistic voice.”

The comedians soon discovered that in difficult times, comedy is a persuasive tool for peace. Jobrani cited a specific example of a man who had a revelation after laughing at the Axis of Evil performances. “He emailed me to say he had hated Middle Easterners after September 11th and that he started to [change his] mind as time went by. He said that seeing the TV special helped in that process.”

During the peak of the Iraq war, however, there were times that Jobrani was heckled by audience members for criticising the Bush administration. “I took that in stride, as I believed in what I was saying.” In his routine, he emphasises the realities of everyday life in Iran. “On TV they show us angry— burning flags. Just once I wish they would show us baking cookies, because in Iran we do have cookies.”

Dean Obeidallah, co-star of Comedy Central’s The Axis of Evil television special, is a Palestinian Italian from New Jersey who is currently producing a documentary about Arab American comedians, The Muslims are Coming. For him, comedy raises socio-political issues in impactful ways. Citing influences like talk show host Jon Stewart and African American comedians Richard Pryor and Chris Rock, he hopes his “comedy dispels some misconceptions Americans harbour about Arabs and Muslims.”

Collaboration with others led Obeidallah to form the Stand up for Peace Tour with Scott Blakeman, who says his Jewish faith compels him to speak out against stereotyping. At the same time, Obeidallah’s Arab Comedy Festival co-founder, Maysoon Zayid, is busy deconstructing myths about the “oppressed Muslim woman, the blood-thirsty Palestinian, and the poor pathetic cripple”. A Palestinian American comedian, she is also an activist for cerebral palsy— a condition she lives and laughs with.

Building bridges is a two-way street. While these comedians are challenging the status quo of Middle Eastern misconceptions in America, they are also winning hearts and minds in the Middle East, where they have performed in front of thousands, delivered workshops, mentored budding talent and, as Obeidallah added, been witness to “the rise of stand-up [comedy] in the Arab world, performing in English and Arabic”. Kader reflected that “in America I feel obligated to inform an audience about the Middle East and there I am an American with an obligation to describe what Americans are feeling.”

Sarah Palin, Muammar Gaddafi, Iran’s Twitter revolt, Egypt’s uprising, racism, country music and cerebral palsy: no topic is taboo for these comedians as they easily straddle multiple cultures in their comedy routines. “Make it funny, give it levity, use humility so it’s easier to digest and discuss divisive political issues”, said Kader attesting to the ways Middle Eastern American comedians are debunking myths and transcending politics with humour.

This multicultural comedy is nascent but necessary in a world that is rapidly evolving in the way it communicates, entertains and informs.

Sadia Ashraf is a public relations, media, communications and fundraising specialist based in Los Angeles who writes about building bridges and philanthropy.

2 Responses to Is Laughter the Middle East’s ‘Best Medicine’?