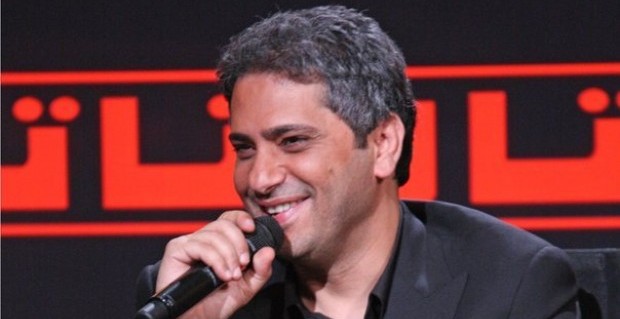 Arab entertainment followers, I am sure that you have noticed that a certain male singer has been dominating the headlines this week. Lebanese superstar Fadel Shaker has drawn huge praise – and a fair share of criticism – for taking part in a demonstration in the centre of Beirut, Lebanon, organised by an Islamist group demanding the resignation of Syrian President Bashar Al Assad, as well as an end to the bloodshed of the Syrian people allegedly at the hands of the Syrian army and government.

Shaker is one of a few Lebanese artists to have spoken out so publicly against the unrest in Syria, even branding Al Assad “unfair” and “a criminal”. The singer, who is of Palestinian descent, even publicly announced that he felt “embarrassed” to be singing during these volatile times and that he would use his art to show his opposition to brutal regimes.

Interestingly, Shaker is scheduled to perform in Abu Dhabi on April 6 as part of the Abu Dhabi Festival 2012, and a spokesperson for the festival confirmed that Shaker is still “very much performing”.

So is the singer being genuine or just jumping on the political bandwagon?

Here are some excerpts from those interviews.

On his decision to retire:

“I had previously announced that I will quit my singing career, but I have decided to postpone this resignation to sing in support of the Syrian revolution and all those that have suffered at the hands of the Syrian brutal government.”

On the current conflict in Syria:

I am disgusted at the actions of Bashar Al Assad who is killing children, destroying mosques and burning the holy Quran. As an artist, I am not getting involved in politics, but it is my duty as a humanitarian to talk about this. Nobody should accept these crimes and murder and devastation that we are witnessing. This is why I feel the need to express my views.”

On his fans that support Bahar Al Assad’s government:

“I don’t want these people to be my fans. If they want to support such a brutal regime, then I don’t want them to like me. I am more than happy to give up these type of fans. At the end of the day, what is Bashar going to do for you? It is Allah that will save you in the afterlife, not Bashar.”

On participating in demonstrations:

“I will support and participate in any protest that opposes these brutal regimes. It is my duty as an artist to do so. My art is nothing compared to this, and I encourage my fellow Lebanese singers to support these demonstrations as well.”

“There are a few media outlets that like spreading rumours about me, just to harm me. I have even received death threats against me and my family. Two rumours I want to set straight is: one, my brother has not been killed, as reported. He is alive and well. And two, the story about police finding a huge number of weapons in my car is atrocious. I have a military licence that permits me to carry a gun, and the police that searched our cars saw this gun, as well as the licence, so it was not illegal. There were no other weapons.”