Danger to America: The All American Muslim 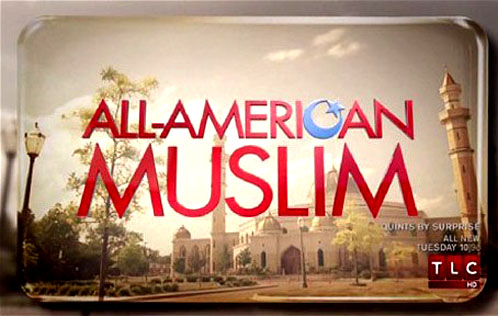 Last week, I wrote about a reality TV program in the US, ‘All-American Muslims’. The program attracted some attention, including the attention of a Christian fundamentalist and Islamophobic organization, the Florida Family Association, sadly headquartered just up the road from me in Tampa.

The group claims that the TV program, by showing American Muslims as mostly ordinary people, hides the fact that some Muslims are terrorists. By not highlighting the bad side of Muslim extremism, the show seeks to deceive and is therefore a danger to America. That’s quite a train of logic, there, but I think it got derailed.

The FFA (not to be confused with the Future Farmers of America, which shares the acronym), decided to get tough. They contacted companies running advertisements during the All-American Muslim broadcasts and threatened to boycott them. Unfortunately, at least some advertisers folded to their pressure. Notable among them was Lowe’s, a major, ‘big-box’ chain selling home improvement goods and services. The company decided to pull their ads. And then the heavens opened…

The company has received tens of thousands of complaints about their willingness to succumb to pressure from a small special interest group. It has tried to explain that it was only being responsive to customer demands, but it really blew the decision. Thousands are also informing Lowe’s that they are cutting up their Lowe’s credit cards because the company acted so pusillanimously. Lowe’s Facebook page is filled with rancorous commentary – including supportive comments –. The Jon Stewart ‘Daily Show’ took an ax to both the FFA and Lowe’s.

The FFA claims that scores of advertisers have fled the show. That seems to be an exaggeration, if not a falsehood.

The action by Lowe’s has ignited a true firestorm. The inter-faith portal Patheos, notes that it has led to a joining of average Americans with their Muslim brothers and sisters in pushing back against bigotry and Islamophobia.

From the standpoint of US law, there’s nothing wrong with Lowe’s deciding not to spend its advertising dollars on this TV program. That is a decision well within its First Amendment rights to free speech. But, just as Danish cartoonists have the right to mock Islam, it was not a smart decision. Actions, both positive and negative, have consequences. But the consequences are (or should be) social and economic, not legal. It’s therefore sad to see some American politicians calling for some sort of law to be written to protect against action’s like Lowe’s dumb one. That would be a misuse of government power.

I’ve yet to see an installment of All-American Muslim. I simply forgot to watch last week as I don’t watch that much TV. I suspect, though, that it’s audience will be at its highest this coming Sunday when a new episode (already filmed) will be broadcast. Controversy, of course, does not equate to quality. The show may not be very good. One advertiser who pulled their ads said they did so not because of the controversy, but because ‘the show sucked.’ Showing the ordinary, non-dramatic does not usually make for compelling viewing, so that’s entirely plausible. I’ll try to watch.