Libelling the Dead & the End of History 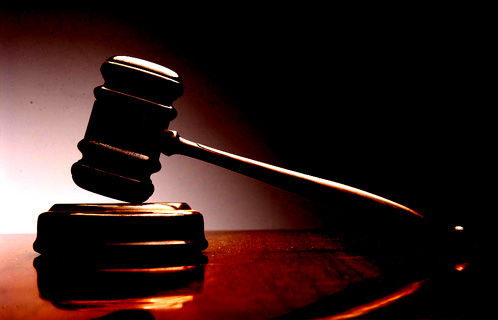 Kuwait is set to be the scene of an interesting lawsuit in the near future. A Kuwaiti lawyer has been retained to prepare a civil case against another lawyer – and the owner of the TV station on which the accused broadcast – for defaming two deceased Saudi scholars.

I have no opinion on the legacy of two sheikhs, except to note that they are widely respected and revered. And I have no doubt that the lawyer’s comments have caused offense.

But leaving the issue of the sheikhs aside, I have long chafed against the commonly-held Western legal principle that you cannot libel the dead.

As a loyal subject of Her Majesty Queen Elizabeth II, I feel what must be her pain at the gross defamation by historians of her distinguished ancestors. Think of how she must feel as historians describe that paragon of marital fidelity Edward VIII as a serial adulterer. How about the insulting description of George III as mad? What about the stained reputation of Henry VIII, who did away with several of his wives for entirely justifiable reasons, and should be known as a gentle, peace-loving poet, musician and athlete who never harmed a fly except under extreme provocation? And Richard III, whom that dastardly playwright Shakespeare falsely described as having a physical malformation, and accused of murdering his beloved nephews who happened to have a claim on the throne?

Widening the context slightly, since I am possibly one of hundreds of millions of descendants of Genghis Khan, I take issue with false claims that he massacred the entire populations of cities that resisted his humane and benevolent invitations to become part of his enlightened empire.

In fact, I would go further in changing the libel laws in the West. I would make it possible to sue not only people who libel the dead, but to go for the descendants and estates of deceased people who have done so.

This would have three benefits. It would elevate lawyers to their rightful place at the top of the earning tree. It would provide governments with a vast new revenue stream if they imposed a tax on settlements due from such lawsuits.

And finally, once the dust settled after the hurricane of global litigation, we would be spared the perennial curse of history. No more exposure of inconvenient truths, debates about historical precedents, parallels and trends. Archaeologists would be put out of business in case they discovered something injurious to the reputation of a historical figure.

In short, it would be impossible for us to speak anything but good of the dead for fear that any adverse opinion would render us liable to being sued by some outraged descendant of an historical personage loved by many.

The only history left would be the official versions compiled by the wise, the great and the good, duly enshrined in the constitutions of governments who know much more about these things than we humble citizens.

The end of history, some might think, but not as Francis Fukuyama saw it. Bring it on, I say. There’s too much history anyway. We need to be looking forward, not backwards, no?