Do I Have to Party just Because it’s New Year? 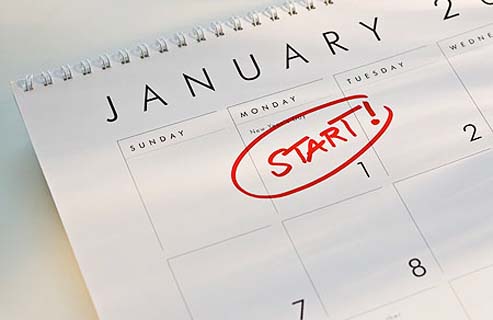 All week, friends and colleagues have been asking me “What are you doing for New Year?” Or they have been bragging about how they will be spending New Year’s Eve themselves at wild outlandish parties or in exclusive venues. The truth about how I spent this hallowed eve is this: I had nothing planned.

As I write this ahead of midnight, I expect that dinner will be eaten, laundry will be washed, sofas will be slouched upon and end of year TV watched. In fact, I expect to have fallen asleep much earlier than usual.

I know I sound like a grumpy old woman. I don’t intend to. And I have nothing against celebrating the birth of the new year. I have no objections to it on grounds of religious innovation, or that it is “just another day”.

Plenty of festivals mark the passing of the circle of life: birthdays, anniversaries, Thanksgiving and Harvest Festivals to name but a few. Even the religious-minded celebrate occasions such as Eid al Fitr which marks the renewal and purification after the month of fasting, and the religiously recommended Walima dinners to mark weddings and births.

The truth is that everything in the UK has been in festive mode since the slowdown caused to the pace of life by the two recent bouts of snow and the final halt to activity as a result of the holiday season. I’ve already been spending time visiting friends and relatives, eating delicious food and entertaining at home for the last two weeks, and frankly, I’m tired. Did I have to party just because it’s new year? Couldn’t I stay home in my comfy pyjamas with a mug of hot chocolate?

I was also trying to hide from those pesky questions about New Year Resolutions. I bet you get them too… where people pry into your personal business by asking what you are going to change about yourself in the coming 12 months. Will you lose weight? Have you signed up to a new gym? Those are the typical ones. Others include getting out of your deadbeat job, moving house or taking up a new skill or hobby.

Whatever answer you give, the response will inevitably be “my resolution is to give up making resolutions”, which forces you to make your first and only resolution to resist punching your co-conversationalist. Because if you really did want to take the opportunity to make a big change in your life, it might be something of an epic and deeply personal nature that you had no wish to share with someone at a noisy party.

You might want to resolve some childhood trauma, bring peace to a long term family dispute, or use liposuction to remove the wobbly fat on your bottom. I have no wish to share such intimacy just because it’s midnight on December 31st.

There’s no doubt that the end of the year is a natural time for stock-taking, but this is a personal matter and doesn’t need to be a matter of collective angst masked under communal cheer.

As always, the year had its highlights and lowlights. As always, the first of January brings with it anxiety and excitement in equal measure about what the year will hold. And beneath my grumpy response to the start-of-year festivities, I await this year’s events with trepidation and nervous delight.

Here is my first piece of news: I am expecting my first baby later this month, inshallah. Perhaps I can ask you to pray for the success and health of the little one as part of the start of your new year.