Choosing Your Child’s Name: The Responsibility 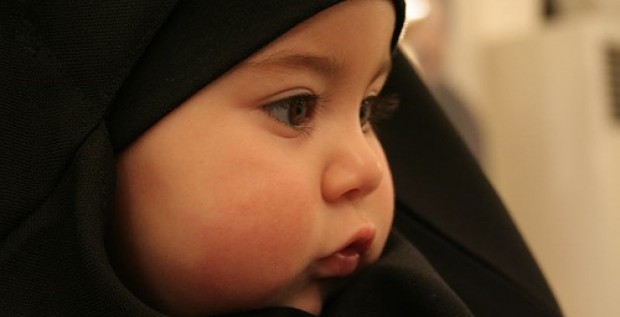 When I was expecting our first child, the question of what we would call the baby was one that followed almost immediately after congratulations had been offered. I started collecting names fervently, having morphed into a nesting mother hen, trying them out to see if they sounded cute and pretty, if I wanted this name permanently in my life.

But I felt the name choice carried a greater weight than this, because as a Muslim we’re advised that one of the significant responsibilities for a parent is to give the child a good name. The name influences how the child sees themselves, and also how others see them.

Eventually we chose the name Hana, mentioned in Islamic as well as Biblical tradition, the mother of Mary, the mother of Jesus. According to the Quran Hana vowed that if she had a child she would dedicate it to live and serve in the temple. But when the child was born, it was of course a girl – Mary. At that time, only men were permitted into the temple. Hana says “God, it is a girl”, sounding surprised, but I feel she wanted to draw public attention to the fact that women are also chosen to participate in the public and religious domains.

Our hope for Hana was that her name would inspire her to participate with full heart and joy in the civic space, and to know that her talents and spirit will be a positive force whatever she chooses to do. My husband and I enjoy lightheartedly predicting Hana’s future, as parents often do. Prime minister, or TV presenter, astronaut or train driver? We wonder.

At the end of the day the kind of woman we want to bring up for this world is the kind of woman who believes that she can be anything she wants to be, and goes out to make it happen. But more than that: a woman who makes a positive change on the lives of those around her. The original Hana is a great inspiration that brings together faith traditions. If the Hana of scripture can change the world around her, then my little Hana, and all the women of the future should be supported to do it too.