When a Woman is Harassed by Men, Why Rush to Blame Her? 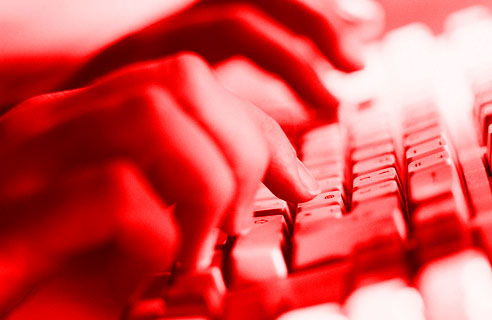 Hi! How are you? Are you married?” began the e-mail, before adding: “I like you.” Is this proposition a compliment or a cause for concern?

I receive several of these messages every week from people I don’t know. Men, specifically. Some people say it’s my own fault because my Facebook profile has a picture of me on it.

Other friends remarked that while they sympathised with me, and even agreed my photo was modest, my continuous stream of marriage and relationship proposals was in their view still “kind of” my fault. The reason they gave was that, at the time, my profile did not specify if I was married or not.

Why do I have to state either way if I am married or not? I don’t see it as relevant to the subject matter or quality of my public writing.

“If they know you’re married they will stop sending dubious messages,” they replied.

So does that mean that sleazy messages to single women are acceptable? I countered. They admitted they weren’t, but told me to be practical and change my status anyway because that’s just how the world works. Women have to put up with seedy realism rather than hold society up to higher standards.

I did hold on for quite some time to my lofty principle that my marital status was not a public matter, and that such untoward messages shouldn’t be sent to any women at all. And then I decided I had enough unwarranted attention and capitulated, changing my public listing from single to married. And yet the messages still kept coming.

One proposal was so blatant that I even posted the text anonymously on my personal page expressing shock at receiving such solicitation. And not 10 minutes later, despite the public manner in which I had rejected the proposition, I received yet another proposal. Some found this funny, I found it infuriating. A woman shouldn’t be subjected to harassment in this way.

I’d had enough. Any further messages would be named and shamed. Such as this one I received: “Hiya i would luv to say hi, luv your eyes … x”

As a side note to stalkers, please try to improve your spelling. If your messages weren’t creepy enough, your lack of literacy really lets you down.

My “name and shame” policy generated heated responses, as I included the name of the protagonist next to their text. Some thought I should have ignored the message. But with so many coming through, and no doubt many more women receiving such harassment, shouldn’t we publicly debate this trend?

Surprisingly, many people felt that it was unethical for me to include the name of the person who sent the message. They counselled me to take the moral high ground and hide the misdemeanour, saying I would be blessed for doing so. But my view is this: if I was walking along the street and a stranger came and whispered such words into my ear, I wouldn’t hide their infraction – I would shout, yell or scream. I would specifically want the public to know the shame that such a person was perpetuating. And I would expect the public to look down on the protagonist and defend me – not the other way around.

Too often women are seen as being to blame for such behaviour, rather than the fact that they are its victims. Or they are told to brush it off as a bit of fun. Just because it takes place in the virtual world doesn’t make the harassment any less real.