Stereotypes are a dressing for our own prejudice 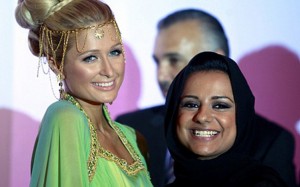 Among the many casualties of globalisation across the world is the disappearance of local customs and traditions. A few cultures have managed to embrace globalisation while keeping habits such as national attire – the colourful boubous and kaftans of West Africa for instance, or the sari and shalwar kameez in South Asia, and of course, the abayas, dishdashas and kandoras in the Gulf.

Such traditional clothes, however, can also place restrictions on the interactions that happen between people when a certain style of dress is enforced. Last Ramadan, for instance, a group of us organised a small iftar at a restaurant. I contacted a friend and asked if she would like to join us, but her answer was: “I’m not going if you’re dressed in a kandora.” I initially thought it was a joke until she proceeded to explain that she was once with an Emirati man dressed in national attire and a girl told her she “looked like a prostitute” with him.

Ironically, that message was from a person of mixed background, from whom one would expect a more tolerant view of the world. But one can scarcely blame non-Emiratis in feeling uncomfortable around someone wearing a kandora when official policies place restrictions on those wearing them. Various officials justify this policy, which includes prohibiting Emiratis from entering bars and pubs, as keeping in line with “tradition”.

There have been several cases in which persons wearing the national dress were refused entry into restaurants. A high profile case back in 2007 led to a warning being issued to the offending establishment by the director of the compliance division at Dubai’s Department of Economic Development. And rightly so. Borrowing from the director’s words: if food is being served there, then everyone has a right to access it.

In response to such discriminatory policies, Gulf nationals have become very versatile in switching between national attire and contemporary outfits. It is not uncommon to meet someone in the daytime wearing a kandora and see the same person at night in jeans. Gulf women are in fact a step ahead and wear an abaya above jeans or trousers. A quip I heard a few times among Gulf nationals when wearing jeans is that they’re dressed in a “civilian” outfit.

Apparently, the person who accused my friend of “looking like a prostitute” was an Emirati lady. So do Emirati women who see nationals in kandoras with expatriate women wearing contemporary clothes really think they are “working women”? Huda Sajwani, a researcher on gender studies in the Gulf, tells me that in that specific case the Emirati lady might have projected her own insecurities onto my friend. “Not all Emiratis think that way. The media might also have had a role in establishing these stereotypes through television dramas,” she told me. Huda said that what is needed today is more interaction between nationals and expats and that events such as TEDxDubai and those in The Shelter, where Emiratis address mixed audiences, play an important role in shattering such stereotypes.

Wael al Sayegh, an Emirati cultural commentator, says a person who stereotypes people by their dress will have a narrow experience of the country, only living in a small circle where there is no chance for personal growth. Wael tells me that there is a similar inhibition from people who don’t trust men in suits because of issues related to finance. “Because of psychological reasons, some individuals will require counseling as there could have been a traumatic experience associated with the feeling of discomfort around certain costumes similar to those who feel uneasy about gothic styles and men with shaved heads,” he said. Wael contends that reasons of religion and culture, as well as those relating to safety around construction sites and certain sports, could justify some limits on wearing the kandora.

Recently, a close friend of mine who went to a mixed gender high school told me of an incident many years ago in which he was asked not to go to the airport wearing a kandora to bid a female classmate good bye. I was glad to hear from him that he went anyway, wearing a kandora. For me, a person who wears traditional costume is a proud person, an honourable person and above all a person whom I would be insulting by passing judgment upon them.

It reflects poorly on the Emirati national who accused my friend of such transgressions but it also reflects poorly on my friend who perpetuated this notion based on false pretences by allowing it to alter her lifestyle. Many among us hold prejudices. The best method to eradicate them is to do what we believe inside and not take ignorant comments by others to heart. The last message I got from my friend regarding the iftar was: “Whenever you’re not dressed in a kandora, I’ll come.”  The answer I would have liked to send was: “Thanks, but no thanks. I’m keeping my kandora.”