Prosperity Has Changed Us – Governments Need to Adapt 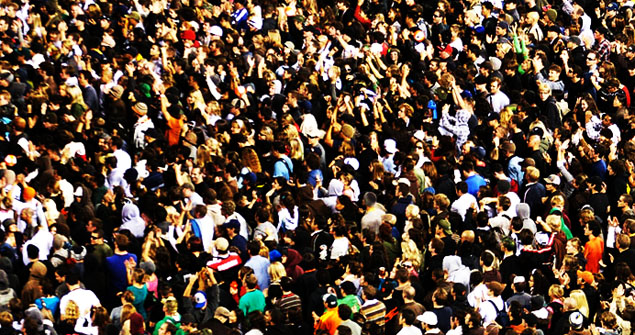 The real political drivers in today’s world are not the heads of government or opposing ideologies.

Despite the politician’s speeches, what really drives change are the underlying global social forces that have transformed how people think and what they aspire to. Continually improving access to global information means that fewer and fewer people every year are brought into the global society, and more and more individuals from all over the world share common hopes of achieving modest prosperity and security for their families.

This is why the discussions at the World Economic Forum’s Global Agenda Summit held in Dubai were so politically immediate for the Middle East, despite the week being dominated by the dramatic political developments of US President Barack Obama’s re-election, and the new sense of unity and purpose among the fractured Syrian opposition.

These vague social goals do not have direct targets. They are hard to measure, and they seem so obvious that it is easy to ignore them. But they are part of a process of continual improvement which offers imperceptible incremental change, but after a few years it is possible to look back and see a major shift has happened, with major social and political effects.

Such social shifts have dramatic effects on people’s lives, whose attitudes change for ever, and they in turn pass on that change to their children. These things cannot be put back in the box once they are out. For example, the young Emirati who is preparing for a career in international banking and has been to the US for his or her college education, carries a whole range of social assumptions about the open global world we now live in that were completely closed to his or her grandmother.

The Afghan teenage girl who has just finished her exams, will never lose the ability to think for herself and the global understanding that she has gained in her school. And the Gulf businessman who is looking for employees that can handle the global workplace can now start to look first at his own local population after decades of education.

Social shifts like these all add up to a major change in the way people think and live their lives, and this has a major political impact.

Modern leaders and politicians have to work with the tremendous optimism that people share across the world about where the human race is going. They cannot seek to repress the effects of the information revolution. They need to adapt to the new popular understanding that people around the world will have access to enough information and opinion, through which they will be able to better themselves, and seek a better environment in which to live.

But this optimism should not be confused with complacency. It simply recognises that we have spotted some of the major threats to sustained human life on our globe and that we can do something about them.

The human population is still continuing to grow, well beyond the point that a few decades ago was assumed would end in mass starvation and disaster. Global warming is still increasing every year and the weather patterns are starting to change.

And poverty and starvation remain spectres which blight millions of lives.

It is also true that this open access to all sorts of opinions can be very offensive. Everyone can find something on the internet that will offend them: religious bigotry, obscenity, political oppression, and racism, are all there to be found.

Therefore the natural concomitant of open access is the willingness of people to make choices and ignore the bad. But people’s ability to choose should not be supplemented by government control, except in very extreme cases. The authorities have to trust people to make the right choices, which most people normally do given good education and awareness of their own moral values.

One political impact of these changes is that extremism will find it much harder to get a grip on individual’s ambitions.

Radical ideologies flourish when oppression and poverty combine to offer the individual very little hope, and if someone sees a way forward to find better him or herself within the existing social structure he will be relaxed about his environment. But the effect is more powerful than simply minimising extremism since it affects how every government in the world has to treat its citizens.

The growing global assumption is that global openness is the normal way to conduct society, and any government that ignores this will have serious problems as its population realises what it is missing.