Why Words Should Not be Allowed To Lose Power 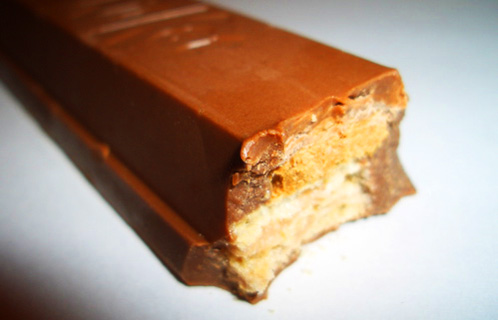 A KitKat: How awesome is it?

I know I’m a grumpy old man, but I do have a number of pet hates. You know, things that any reasonable human being would rail against like grocers’ apostrophes (Avocadoe’s 2 for £1) or the awful American habit that has crept across the Atlantic of referring to everything as awesome. It’s all too often accompanied by a specific pronunciation, AWESUUUUM! It helps to assume the expression of a particularly stupid chihuahua presented with a chocolate a moment before it has been smacked on the back of the head with a cricket bat.

It’s like a linguistic background radiation. That Kit-Kat was awesome! You breathed in and out again? Awesome! This is all so totally, awesome! Wouldn’t it be awesome if they have fish on as a special today?

I think my least favourite thing about this over-use of the blasted word is that if a Kit-Kat is awesome, what is the sight of two million Egyptians gathered in brotherhood in Cairo’s Tahrir Square? What is the sight of them praying together, Christians and Muslims alike? What is the sound of two million voices raised in unison demanding that Hosni Mubarak resign on this ‘Day of Leaving’? What is all that hope, that joy and that peacefully expressed, human want for justice, peace and freedom?

Yes, people. This is awesome. Mind-bombingly, thrillingly awesome. I have the feeling, the first time since that awful low of the early hours of Thursday morning when it looked like it might all be over after the terrible violence from Mubarak’s thugs throughout the night, that these voices might, finally, be heard. I’m supposed to be editing, but I’m glued to AlJazeera, whose team must surely now win every award in television, journalism and sheer bloody minded determination this year. They’re using satphones to broadcast their images – cameras stolen, office closed, license withdrawn and journalists under threat and yet they’re still maintaining world-class non-stop programming.

Have a flip through these when you’ve got a moment. The amazing images of photojournalists Samuel Aranda and Iason Athanasiadis that bring this all home.  They’re awesome too.

Editor’s note: This was first published by Alexander McNabb on the 4th. We are very late with it, but frankly we found it… well, too awesomely good (sorry!) not to publish.