Edward Said – A Threat or an Asset? 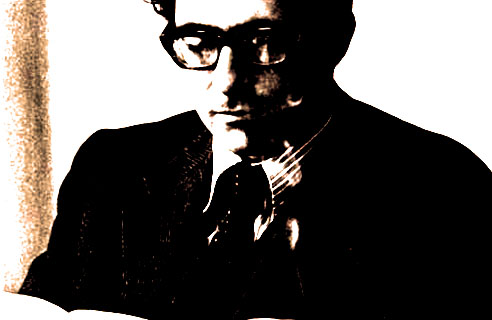 Perhaps no Arab is better known as a public intellectual than the great late Arab American scholar Edward Said, whose writings and lectures resonated across the world. Said once wrote: “The role of the intellectual is not to consolidate authority, but to understand, interpret and question it.”

In the Gulf Arab states, the public intellectual is often a misunderstood entity; for some reason, it is confused with self-congratulatory sentiment and pretentiousness. Public intellectuals in the Gulf are also often associated with the government or state-backed media. Even in a good case, many can be considered government spokesmen. In bad cases, intellectuals can be accused of having links to outside powers or groups, a label that is almost impossible to shake off in the Arab world. The notion of an independent public intellectual has yet to figure prominently in the common Gulf Arabic vernacular.

Sadly, in recent months there have been arrests and intimidation of public intellectuals in the Gulf. In one Gulf state, a professor was detained for writing an article questioning his country’s political future; in another, a lawyer was jailed for highlighting financial connections related to a government official. Both of these are legitimate concerns and independent thinkers deserve to be honoured, not persecuted, for dealing with them.

Gulf states do not need to be anxious as the intellectual sphere expands. In some cases, public intellectuals offer a platform for debate between government and citizens through their activities, columns and discussions. Gulf intellectuals also serve as a bridge between their countries and the outside world, often writing in international newspapers and offering an independent perspective on events within these countries.

Gulf governments and societies alike should be proud of the intellectual capacity that is building in these young nations. Often it will be these intellectuals who defend emerging states in the international media, lobby for their causes at conferences and promote their agendas.

During the invasion of Kuwait, for example, public intellectuals played a major role in promoting the cause of liberation in the global media. When Dubai was targeted by a harsh media campaign last year, Emirati intellectuals stepped up to defend it. During the run up to Qatar’s Fifa World Cup bid, young Qataris lobbied heavily on social media for the bid. Young Saudi intellectuals are active on new and traditional media outlets, defending their country but not shying away from criticising aspects that they would like to see improved.

The significance of this growing group of intellectuals, whether they act on behalf of their governments or on their own, should not be underestimated. The value to society of these lawyers, scholars, columnists and professors stems from the fact that they have an independent critical thinking process. Independent public intellectuals provide a much needed critique of society as well as of government plans and expenditures. Public intellectuals reflect the conscience of society and should not be regarded as a threat, but as part and parcel of the community. More often than not, they are concerned with the advancement of society.

Ideally, a healthy balance of liberal, secular and religious public intellectuals should be allowed to flourish so that Gulf societies can advance in a stable manner. In the majlis of Abu Dhabi’s Crown Prince Sheikh Mohammed bin Zayed as well as in certain dewaneyas in Kuwait, intellectuals of various backgrounds from across the world are feted and given a platform to share their thoughts. If the leadership in the UAE understands the role of intellectuals, members of society at large and other government officials should enlighten themselves. Independent public intellectuals are a complementary voice to governments in the Gulf.

As long as intellectuals are not affiliated with foreign organisations or other countries, they should not be seen as a threat but as an opportunity for regional governments to communicate with their people, especially in countries that lack effective parliaments. More often than not, the concerns raised by public intellectuals are justified and are best dealt with head on.

Public intellectuals also carry a responsibility to their country, not to allow themselves to become pawns in the hands of exterior powers or fall under foreign influence. They must understand that reform should be encouraged and not artificially enforced; after all, the prosperity in the Gulf states is in no small part due to government policies.

The understanding, interpretation and questioning that public intellectuals carry out are the essence of humanity. These traits are what have led leading global innovators, entrepreneurs and inventors to make their greatest discoveries. Finally, Gulf leaders should ponder the following: was Edward Said a threat or an asset?

This article first in appeared in UAE daily, The National.

One Response to Edward Said – A Threat or an Asset?