Tariq Jahan: Dignity & Respect Teaching Us All A Lesson 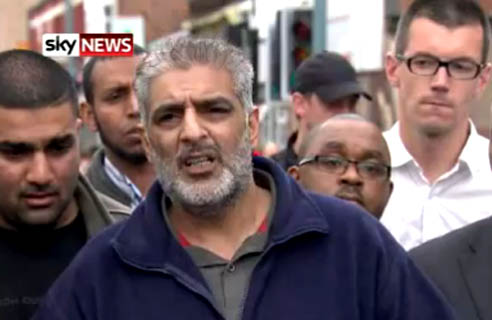 From the terrible events of the last week, an unexpected hero has emerged in the shape of Tariq Jahan.

In the face of the loss of his son and two friends in a hit-and-run incident in Winson Green in Birmingham on Tuesday night, he has shown a dignity and wisdom that has been lacking in public figures. And it is his belief in shared humanity and community that has touched the soul of the nation and put him on the front pages of newspapers across the political spectrum.

He talked of his loss as something that “no father, mother, brother, sister should have to endure”. His appeal to us at this terrible time of violence and uncertainty is that he reaches out to our common human instincts.

But the fact that he had to emphasise that “this is not a race issue”, and that he had received messages from people of “all faiths, colours and backgrounds”, tells us more about how our society has been carved up by political and media rhetoric than we might care to admit. To the backdrop of the mantra that multiculturalism has failed, and the background voices that this is black violence, it has taken a voice from the grassroots — essentially an ordinary man that sees a reality that politicians have failed to acknowledge — to remind us that a strong sense of community still exists, in spite of what politicians say divides us.

And, as Cristina Odone explains in the Telegraph today, this is especially strong amongst immigrant and faith communities. The “Big Society” and the “community” that Cameron is so keen on have been in greatest evidence in these places.

But what makes Jahan the unlikeliest of British heroes is the fact that he is a British Muslim of Asian background from Birmingham. Jahan’s city and faith has been cited in the past with accusations of segregation, ghetto-isation and a rejection of “Britishness” and “British values”. Yet he has expressed that it is his faith as a Muslim that is giving him strength at this difficult time. His words “I’m a Muslim” have been published in newspapers across the political spectrum, including in the right-wing press who days earlier might well have featured him further into the paper attending prayers during this current Islamic month of fasting Ramadan under the title of “creeping Islamisation”, “Muslim ghettoes” or some other such fear-mongering.

He has tied his faith in Islam with his belief in community, specifying that whether it is your own community or the local community, “it doesn’t matter who you are, we’re here to help everybody.”

Does that mean Muslims will now finally be seen as part of society? Given that Jahan publicly declared his Muslim faith, will the positive effect of his religion be acknowledged?

He is not the only one whose religion has been playing a positive role. Since this is Ramadan, a time when Muslims generally display a very strong sense of community, it comes as no surprise that Turks in north London stood outside their premises to defend them. “Bloody immigrants. Coming over here, defending our boroughs & communities”, half-joked the Twitterverse.

Outside East London Mosque — maligned endlessly for being an alleged hotbed of extremism — young men leaving the mosque after Ramadan prayers chased down the looters. In the same way that the Turks were not described by their Muslim faith, these worshippers were not described as Muslim either, but rather as Bengalis and Somalis. There was little acknowledgement of the positive role of their faith. Even some of the victims are airbrushed: there has been little coverage of the mosque opposite the burnt out carpet shop in Tottenham whose worshippers contended with night prayers during the mayhem.

These events must make us think differently about our approach to immigration and to Muslims. They are not the demons of our society, they are not the scapegoat for our woes. Rather, they can and should be our heroes.

Jahan, the grieving father said: “Please respect the memory of our sons.” Accepting Muslims and immigrants as an integral part of our communities is the most powerful means we have to show that respect.

This article was first published in the New Statesman.