Saudi: Too Much Privilege, Too Little Responsibility 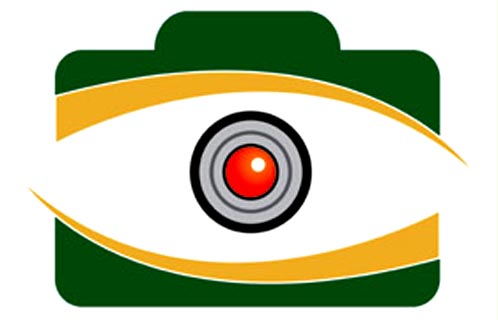 Following on from my previous post about the welfare state in Saudi Arabia, I had a quiet laugh when I read an article in today’s Arab News. In “Who deserves the payout”, the reporter has gathered opinions from the street about groups of individuals who feel that they should benefit from the King’s generosity.

There were two deserving cases that caught my attention.

The first relates to fines for traffic violations caught by Saher, the camera system installed in Saudi Arabia last year:

“Following the royal decree on Friday ordering the payment of two additional monthly salaries to all employees working in the public sector, I received messages from a number of readers who called for those employed in the private sector to also be included in the move. They also highlighted a few other points.

Many of them said the money they receive from the kind royal gesture would be spent paying Saher traffic fines.

They said Saher hunts people in streets and alleys. They said Saher uses all its means to take money out of their pockets and that this money ends up in the hands of a private company whose sole aim is to make money.

Maybe citizens will be saved via a royal decree, particularly since it is still a controversial issue among scholars and does not have the approval of the Shoura Council.”

In a country known for the cavalier antics of its drivers, the Saher system was always going to be unwelcome among those who delight in jumping red lights, weaving through traffic at high speeds and treating the highways as racetracks. As in other countries, the penalties increase if the offender doesn’t pay the fine within a specific period.

Many drivers ignore the penalty notices and accumulate a number of fines. The trouble is, when they apply for certain government services, they find that they are unable to obtain them until they settle their Saher dues. The religious controversy over the system relates to the opinion of the Grand Mufti, Sheikh Abdulaziz Alasheikh, that the practice of increasing the fines following non-payment within the original period amounts to usury, which is forbidden under the Sharia.

No matter, it seems, that the system is reported to have substantially reduced traffic fatalities in some regions. My experience is that the roads are calmer since the cameras appeared, although you still encounter cars coming from behind you as if from nowhere, headlights flashing and racing past you with inches to spare on the outside hard shoulder. It’s just that they do it from a lower starting speed!

I have a feeling that His Majesty is unlikely to be sympathetic to the pleas of serial Saher offenders, but nice try guys!

The second suggestion I enjoyed was the one about students getting low grades being disqualified from receiving their monthly stipends:

“Then there are those students who do not receive their monthly stipends because they have received academic warnings or their grades have dropped. Many of these students and their families have no income except the monthly stipends. Why should they be deprived of it? Their low grades may be because of emergencies. They are, however, Saudi citizens and we have to stand by them.”

Well yes, there are obviously extenuating circumstances that lead to students getting low grades, but if there were no consequences arising out of underachievement, perhaps more students, especially those studying abroad, might be tempted to settle for an inferior degree. Considering that the government is investing up to $500,000 in every undergraduate who studies abroad, it seems to me that there is a bargain to be kept.

Having said that, it would be far better to support the failing students with advice and guidance before thinking of penalising them. I have heard that this aspect of the King Abdullah Scholarship Program is less than optimal.

In any event, if a student fails to make the grades and doesn’t finish the course, he or she now has the cushion of the unemployment stipend.

Just two examples of people not really grasping that with privilege should come a modicum of responsibility – something many of us learned when we were growing up.

One Response to Saudi: Too Much Privilege, Too Little Responsibility