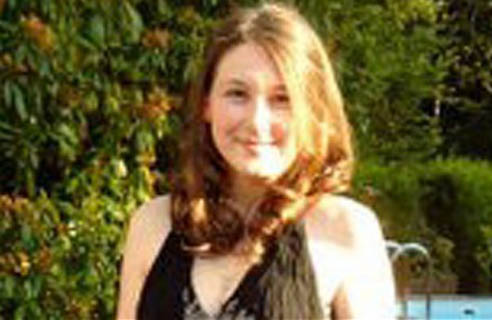 Commentators on the British riots have come up with all the predictable reasons for the destruction and looting that have ravaged the UK over the past few days.

Politicians, judges and media pundits fulminate about a sick and dysfunctional society. And of course, blame is being spread around with self-righteous glee. Labour politicians blame the coalition government’s financial cuts. The government blames the culture of entitlement ingrained by years of politically correct Labour rule. Victims of the looting blame the police for standing and watching. The police blame the rules of engagement foisted on them by anxious politicians.

And so it goes on. All the favourite words and phrases trotted out on such occasions. Lack of empowerment, underclass, criminal gangs, racism, financial crisis, laissez faire. Etectera, etcetera.

The most sensible words in the media came from Matthew Parris of the Times. He described a Britain in decline, and the main task facing any British government as managing that decline. Our fantasy of resurgence during the Labour years, as in many other countries, floated on a sea of unsustainable debt. As for the riots, Britain has a history of social disorder. London has seen far worse in its long history, and it will see disorder again. It is well-nigh impossible to eliminate an underprivileged minority. Demographics change over generations, and one underclass is inevitably replaced by another. There will always be people at the bottom of the social pile.

Rather a grim view, but close to mine.

What has gone against the grain for many “ordinary people” has been the apparent willingness to join in of people who do not fit the conventional profile of an underprivileged looter. University students. People with steady jobs. One or two kids from wealthy backgrounds. What led them to break windows, snatch TVs and make off with designer clothes and IPhones?

For me, the answer is fear, and the absence of fear. The fear lies in being swept along on a mob-handed roller coaster, doing things you would never contemplate under normal circumstances. Of being out of control and beyond control. Of being caught up in a thrilling moment of strangeness. The lack of fear is the protection of the mob. What ordinary soldier would go over the top on his own? And on those first couple of nights, when the police seemed to hold back, the exhilaration of believing that you can get away with it. The triumph of right brain over left brain, of emotion over logic.

Yes, no doubt there was some calculated manipulation by gangs who saw a once in a lifetime opportunity to enrich themselves with little risk of arrest. But for many involved, I suspect it was the thrill of a lifetime.

For vastly different reasons, it was the same thrill that gripped thousands in Tahrir Square and other focal points of protest in the early months of this year. Again there was fear – of retribution, arrest and physical violence far more extreme than faced by the British rioters. But also the absence of fear among those who discovered that they were part of a tipping point  – that their strength in numbers was powerful enough to cause the forces of law and order to back off. The difference, of course, was that the Arab protesters were not in search of a free PlayStation, but of regime change.

Whatever the motivation and the outcomes, one night in London and a month in Tahrir Square will produce memories for the participants that they will never forget – for good reasons or bad.

In Britain, there will be riots again. So long as we live in a society that prizes individual liberty as well as “order”, the forces balancing the two will always go out of kilter from time to time. I will always plump for my occasionally edgy country over a society in which any form of group activity is seen as a threat to the majority unless proven otherwise and liable to be supressed with an iron fist.

I am proud that our police forces did not resort to baton rounds, yet ashamed at the vengeful statements of policemen humiliated by their inability to cope with the rioting. I am proud of the eloquence and conciliation of the Muslim father whose son was run over and killed by car in Birmingham, and ashamed at the tired old truisms trotted out by commentators across the spectrum of opinion.

Declining or not, I will take my imperfect Britain over China and its ilk any time.