Egypt and Zolm: The Road From Revolt to Change 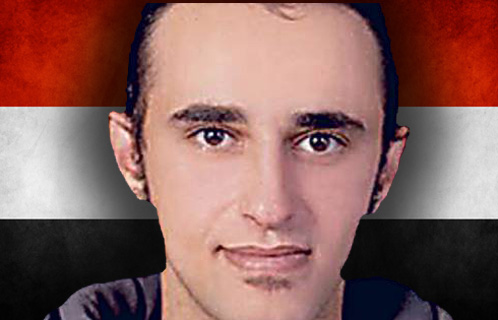 A single incident that took place in the Egyptian city of city of Alexandria on 6 June 2010 anticipated the wave of protests that was to explode in January-February 2011. It involved the arrest of 28-year-old Khaled Saeed, who was detained on his way to visit an internet café in the Sidi Gaber district.

Khaled Saeed was treated so brutally by the two state-security officials who seized him that he died of his injuries. The pretext for the murderous assault was that Khaled was believed to be carrying videotaped evidence that implicated members of the police in drug-dealing.

Those responsible compounded their crime by claiming that Khaled died from swallowing a cannabis joint; in face of a public outcry they were sentenced to four days in prison.

Many Alexandrians staged a moving protest of mourning and defiance, wearing black and standing with dignity on the city’s famous corniche. The simple and brilliant idea, skilfully practiced so that no five people would gather on exactly the same spot, circumvented the terms of Egypt’s restrictive state-of-emergency law.

It also led to further civic action; Wael Ghonim, a blogger and Google executive in the region, established a Facebook page called “We are all Khalid Saeed” during the January 2011 protests. He was detained on 27 January on account of his involvement in the protests, though on 7 February he was released and promised soon to  rejoin the movement in Cairo’s Tahrir Square.

The boldness of Egyptians in resisting dictatorship, evident in the Alexandria incident and in many other instances over recent years, mushroomed into a huge wave ten days after the overthrow of Tunisia’s president, who fled his country on 14 January 2011. The mass collective protest has changed the terms of Egyptian politics.

Yet the practice of repression by state security continues even during the crisis. When the well-known microblogger Sandmonkey was detained, the officers told his father that he would be next and an accompanying friend reported that the police made “lynching” threats against them.

This mentality reflects a situation where torture and intimidation of citizens are routine and unpunished. This will change only if there is a seismic shift in the country’s leadership.

The hard road
Here the signals, even after two weeks of revolt, are mixed. Egypt has for thirty years been controlled by a ruthless security and political apparatus in which President Hosni Mubarak, the ruling National Democratic Party (NDP) and the ministry of the interior are key players. When the popular protests erupted on 25 January 2011, it was the headquarters of the latter institutions that were targeted and torched.

The state’s response in the following days – withdrawing the police from the streets, releasing prisoners to cause mayhem, and in some cases firing on protesters – led to the replacement of the hated interior minister General Habib Al-Adli by another general, Mahmoud Wagdy, who formerly headed both Egypt’s prisons and Cairo’s criminal investigations department.

Yet as long as the basic structures of power persist, such changes will be seen as merely cosmetic. The three-decade state of emergency under Hosni Mubarak is symbolic of an endemic lack of democracy and justice that has permitted and sanctioned these flagrant and widespread human-rights abuses.

It is true that one prominent case of rights abuse did make it through the Egyptian courts, when an NDP tycoon was convicted of paying a former state-security officer to murder a Lebanese singer in Dubai. No Egyptian believed that any senior NDP figure would ever be convicted in open court – especially when the tycoon was close to Hosni Mubarak’s son Gamal (also his presumptive heir, before the uprisingdestroyed that option).

Only months earlier, after all, corruption charges against two other NDP leaders had been dismissed (one involved Ahmed Ezz, the former NDP secretary-general now under investigation and banned from travellng outside the country). But this new case had unique characteristics, in that it featured high-profile individuals andlinked the Arab world’s three main regions (north Africa, the Levant and the Gulf); moreover, the DNA evidence presented by Dubai’s police forensic labs, as well as surveillance and phone records, made the judgment inevitable.

The next step
If the Egypt uprising of 2011 can be summed up in a single word, it is zolm. The online dictionary Babylon renders the Arabic term as “oppression, tyranny, inequity, unfairness, injustice, abuse”. That this short word can explain so much is both the tragedy and the inspiration of Egypt today.

The argument of Egypt’s new prime minister, that change in the country will happen in an orderly fashion following the scheduled elections of September 2011 and President Mubarak’s retirement, is hollow. For as long as zolm and all the violations of power it connotes prevail – entrenched in the state-of-emergency law, and in the psyche of state security – even free and fair elections in Egypt would not bring fundamental change.

Again, freedom in Egypt requires a transformation of leadership and policy, which also involves a complete overhaul (perhaps even the dissolution) of the institutionally corrupt NDP. The resignation of Gamal Mubarak and the senior leadership of the NDP is a positive sign here. Egypt’s crisis and the extraordinary protest of many of its people will continue until there is radical reform of institutions and personnel. After thirty years of suffocation, Egyptians will not now surrender their ability to speak and breathe freely.

This article was originally published by openDemocracy.net under a Creative Commons licence, and appears courtesy of Sultan al Qassemi