Orientalism: Seeing the Positive after Said 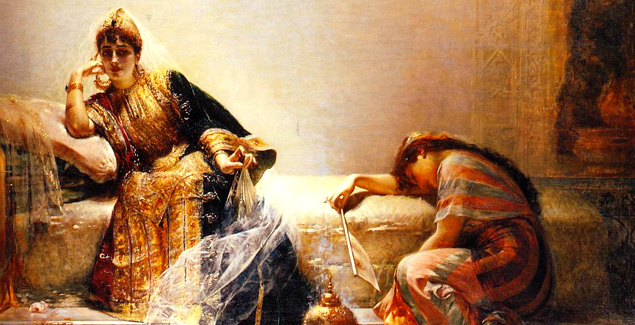 Ever since Edward Said’s rant on Orientalism, the word has carried a purely negative connotation. Despite Said’s flawed understanding  and tendentious and intellectually suspect reporting on it, the book has served to color opinions in both the East and the West.
Saudi magazine Majalla reports on an Egyptian collector of Orientalist art, Shafik Gabr, who points to how much Orientalism was a two-way street, with information, opinion, and observations flowing back and forth between the observer and the observed. Gabr is particularly interested in what Orientalist art has to teach the Orient about itself. The article is interesting and worth reading in full.

The Orientalist Connector
As world attention is still riveted with the ‘Arab Spring’, how is cultural dialogue between East and West faring? With a monograph of his collection due to be published this year, Shafik Gabr speaks to Juliet Highet about the significance of the Orientalists on the Arab world today
Juliet Highet

Egyptian collector of Orientalist art, Shafik Gabr, believes that Orientalism embodies a dynamic and continuing dialogue between East and West. “The Middle East has always been a crossroads between these worlds,” he says. “We owe the Orientalists a great debt, because although much of what they painted lives on today in our streets and villages, we constantly need to be reminded of the richness and value of our culture. For many years we Arabs did not reconcile ourselves to Orientalism. Now, from those paintings we’re getting to know about our own traditions.”

Orientalist art buyers, many of them ‘Orientals’ themselves, are aware that it is much more than a repository of pictorial memories, precious as those are. As the region invests in museums, art institutions and art education, Orientalism is increasingly perceived as a valuable part of the region’s heritage.

… “I see Orientalists as ‘Early Globalists’, who brought the Arab world to the West and really contributed to mutual understanding. They were bridge-builders.” Gabr tells me. He too has been building bridges all his life. “I have always felt that a greater dialogue and therefore empathy between peoples are very worthwhile objectives, and I have done that in business, society and even across nations. The concept of bridge-building is the basis of my fascination with the Orientalist genre, which embodies a true respect between our cultures. Far from ‘colonising’ their subjects, these artists actively bridged the Oriental and Occidental worlds.”

One Response to Orientalism: Seeing the Positive after Said